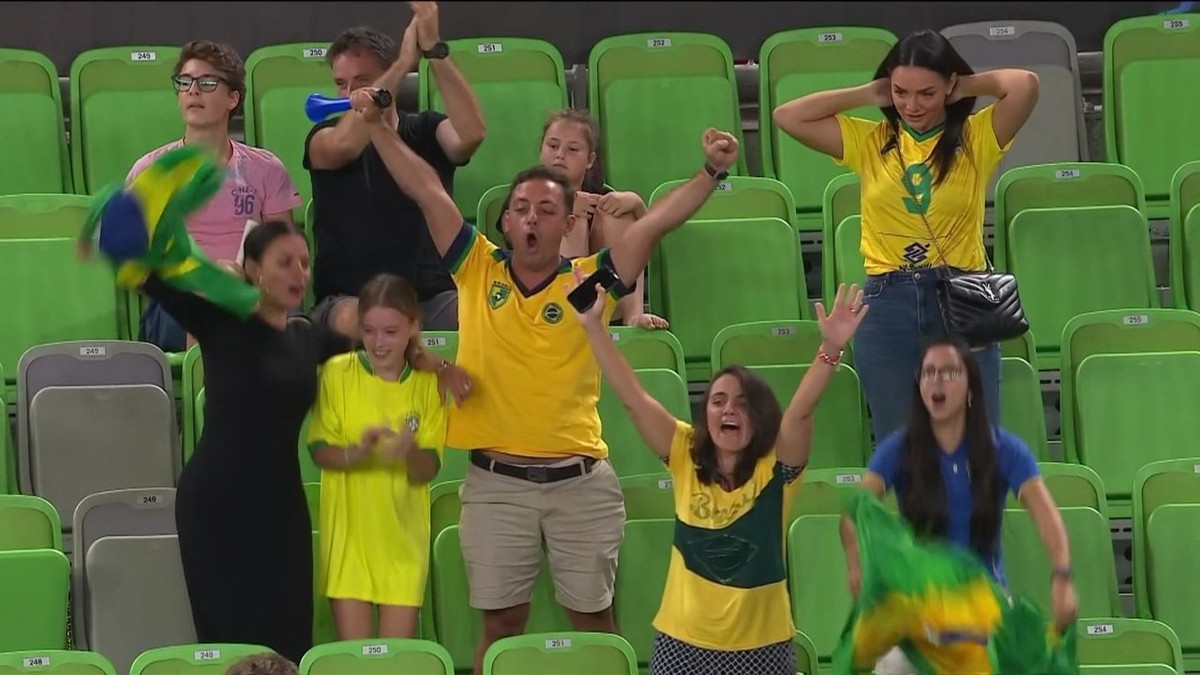 Brazil imposes itself, beats Qatar and goes undefeated to the round of 16 of the World Cup | volleyball

Even if the rival didn’t scare, it was necessary to fulfill the role of favorite. And, some mistakes aside, Brazil imposed itself. With Qatar, the weakest opponent in group B, the selection of Renan Dal Zotto asserted their superiority to guarantee their unbeaten record in the first phase of the Men’s Volleyball World Cup, in Ljubljana, Slovenia. In 3 sets to 0, partial 25/13, 25/23 and 26/24, the selection took the lead for itself towards the round of 16.

+ Check out the complete table of the World Cup 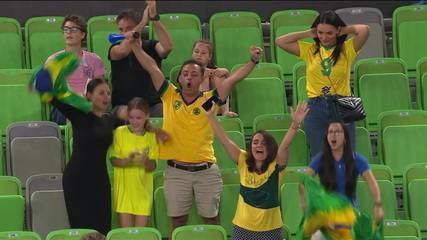 Brazil is still waiting for its rival in the sequel. With three victories and eight points, Renan Dal Zotto’s team awaits the results of the other brackets to know their general classification. Only then will you know who will face in the first phase of the playoffs.

Three-time champion, Brazil is in search of its fourth World Cup title. The selection is still trying to maintain a routine that has lasted twenty years. Since 2002, when it won its first trophy, the team has at least reached the final of the competition.

The beginning indicated a smooth path. But, despite the 3-0 on the scoreboard, the selection allowed itself to suffer a little against Qatar. In the final two partials, he suffered from rivals’ ball turns and needed to get his bearings on the court. But, by imposing itself by force, Brazil guaranteed the leadership of the group and the classification in an undefeated way to the round of 16.

Right from the start, Brazil accelerated. Facing fragile Qatar, the selection did not take long to take the lead. At the hands of Wallace and Lucarelli, Renan Dal Zotto’s team took no notice of the Asian team. In the attack of the opposite, the score already marked 15/7 in the account.

At that point, Renan took advantage of the advantage to send Bruninho and Felipe Roque to the court in the inversion. Qatar even managed to close the gap for a moment, but nothing to worry about. In a start by Leal, the victory in the first set: 25/13.

Qatar has improved. Even though he took the advantage at first, it wasn’t so easy anymore. Qatar, better at turning the ball, especially with Belal, was behind by just one point (8/7). But nothing that scared me so much. Soon Brazil accelerated again. In an attack through the middle, Leal made the score reach 14/9.

But Qatar is back in the game. By taking advantage of failures in the rival’s sequence, the Asian team reached the tie in 14/14. Renan Dal Zotto even stopped the game to hit the house and stop the reaction on the other side. Did not work. In an attack from Leal to the outside, Qatar was ahead for the first time in the match, with 20/19 on the scoreboard. Not that everything was resolved overnight. But Brazil asserted its superiority to close on 25/23.

Brazil returned to the court with Darlan replacing Wallace – Leandro Aracaju was replaced by Lucão shortly after. The selection tried to be more attentive, but Qatar once again took advantage of some mistakes made by the Brazilians. With Youssef, he left the score at 4/4. Although the game was under control, the ease of the first set was left behind. The Qatari team remained on the lead on the scoreboard. With Ibrahim in the middle, just one point ahead of Brazil: 14/13.

The selection lost the score, but saw Qatar return to the fray. Adriano took the court in place of Leal with the score at 18/17 for the Brazilians. When everything pointed to Brazil’s victory, Belal stopped Flávio in the block to score 23/23. More in disposition than inspiration, however, Brazil imposed itself towards victory. In the end, 26/24, invincibility and leadership of the group towards the round of 16.