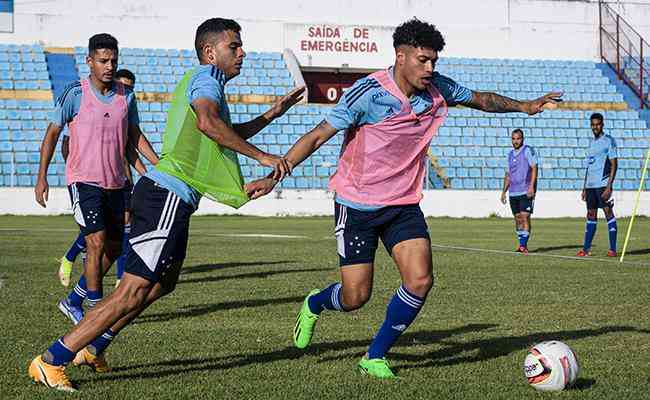 Cruzeiro enters the field, this Tuesday (30), in another commitment to try to shorten the path to the elite mathematical access of national football. The duel of the time, for the 27th round of Serie B of the Brazilian Championship, against Sampaio Corra, at 19h, at Castelo, in So Lus, in Maranho.

Today, the celestial team is the isolated leader of the Second Division with 57 points – 10 more than the vice-leader Bahia and 19 more than Londrina, 5th place. If it manages to maintain this difference for the first team outside the G4, Cruzeiro will be able to reach mathematical access with up to six rounds before the end of the competition.
To reach the goal in Maranho, Cruzeiro will have coach Paulo Pezzolano back on the pitch. For being sent off in the 2-2 draw with Grmio, on August 21, he had to serve a suspension in the last game – a 4-0 victory over Nutico, on Friday (26), at Independencia.
The Uruguayan has almost the entire squad available – Waguininho and Joo Paulo are the only exceptions. Despite this, he chose not to take left-back Marquinhos Cipriano and midfielders Chay and Fernando Canesin to So Lus. Pezzolano will be able to repeat the formation that defeated Nutico in the last round.
Against Timbu, Cruzeiro was an extremely aggressive team and didn’t give chances, for most of the game, for the Serie B lantern to even exchange passes. In the second half, the celestial team still saw reserve forwards Lincoln and Jaj enter and score to extend the lead on the scoreboard.

“We’re prepared, full of expectations. We know it’s going to be a very difficult game, like everyone else in Serie B. Against them (Sampaio), who have the third best campaign at home, we know how difficult it is. weather and the field. But there’s no excuse, we’re getting ready to win the game”, projected goalkeeper Rafael Cabral.

Coach Lo Cond has two doubts in Sampaio’s squad for the duel with Cruzeiro. The coach is considering scaling Pimentinha in the attack, but for that, Ndson would have to leave the starting lineup. Same situation as Par, who should regain ownership on the left side.

It is certain that two athletes will be out of the match against Raposa due to muscle injury. Embezzlement since the last round – a 0-0 draw with Vila Nova -, defender Jocio and forward Ygor Catatau are vetoed from the confrontation.

On the other hand, the good news for Bolivia Querida is the return of defender Gabriel Furtado. Having recovered from an injury, the defender has been training normally since last Wednesday (24th), at CT Jos Carlos Macieira, and is ready against the miners.

Reason: 27th round of Serie B of the Brazilian Championship

Place: Castelo, in So Lus (MA)