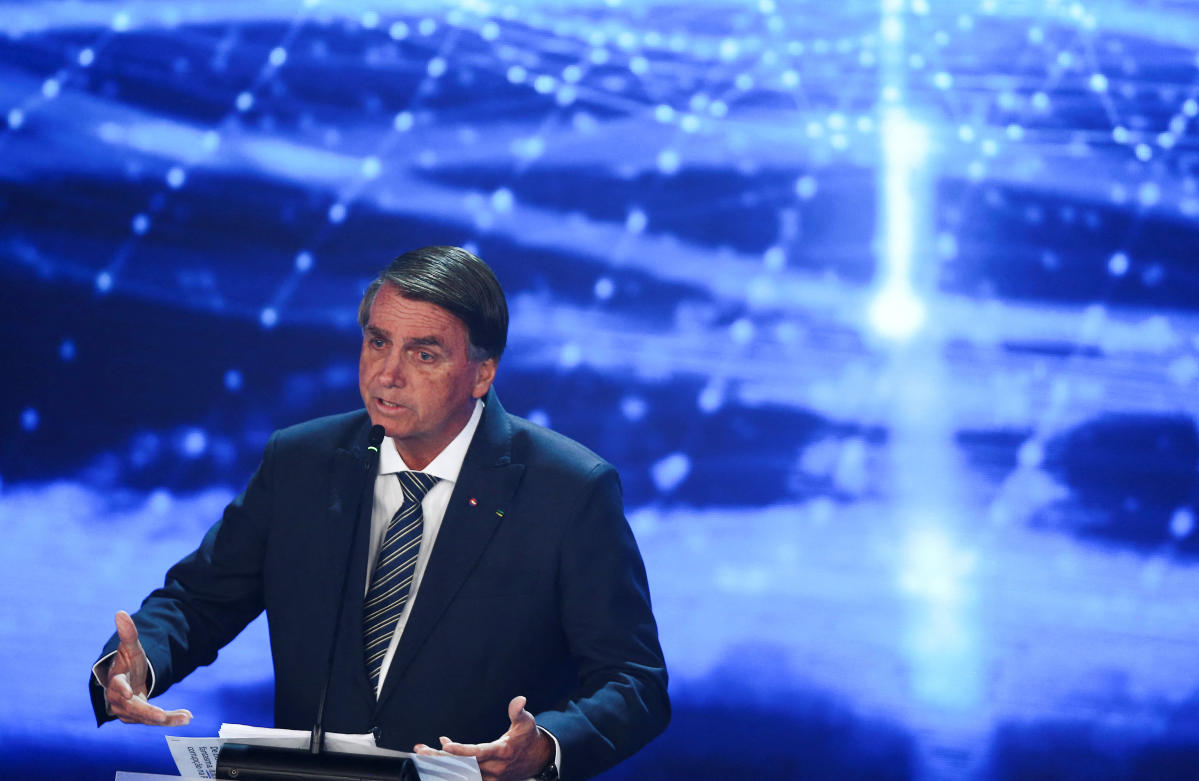 In just over three and a half years of term, it was not uncommon for Jair Bolsonaro (PL) to forget that he was the President of the Republic and, as such, he should… act as such.

One of these moments happened during the debate on TV Bandeirantes, on Sunday (28).

In his final remarks, the reelection candidate ignored that he was still wearing the presidential sash and extended the range of offenses directed against his opponents by a few yards. The kicks reached Buenos Aires, Bogotá and Santiago.

Behind former president Lula (PT) in the polls, Bolsonaro adopted as a tactic the speech that in Brazil life is not easy for anyone, but there is nothing that cannot get worse. The idea is to get away from questions about the political and economic situation in the domestic field by diverting attention to the problems of neighboring nations saying: “they are us tomorrow”.

Argentina, which faces serious difficulties with an acute political crisis and escalating inflation, has turned the ball around. Its current president, Alberto Fernandez, is a friend of Lula, whom he visited in prison, in Curitiba (PR), when he was still a candidate in his country. Lula returned the visit to the already elected president of Argentina in December 2021.

“Today, 40% of the population of Argentina is on the poverty line,” Bolsonaro lied on TV.

Talking about the neighboring country’s problems is a way for Bolsonaro to convince voters to review possible support for the PT opponent through the tactic of fear.

In interviews, Bolsonaro has already said he fears that Rio Grande do Sul will become a destination for impoverished Argentines, as is the case in Roraima, a state that borders Venezuela.

Mentions of the Maduro dictatorship, as well as that of Nicaragua, are recurrent in the president’s speeches. The novelty is that now he has decided to put all the neighbors who elected candidates from the progressive camp in the same basket.

In his speech, Bolsonaro gratuitously attacked the president of Colombia, Gustavo Petro, saying that his country was adopting measures to release drugs and prisoners (Petro, in fact, has defended a new approach to the so-called war on drugs, which for decades has causes slaughter in the country without reducing the central problem).

The captain also attacked Chilean President Gabriel Boric, whom he accused of “setting fire to subways in Chile”. “Where is our Chile going?”

Boric never “set” a subway on fire. He has been at the forefront of protests that have led an entire country to discuss the drafting of a new constitution. Some stations were vandalized, but not by action or at the behest of the current president.

The neighboring government did not let it go and summoned the ambassador of Brazil in Santiago, Paulo Soares Pacheco – in diplomatic language, it is a kind of pulling the ear that precedes tougher measures.

“We consider these accusations extremely serious. They are obviously absolutely false and we regret that in an electoral context, bilateral relations are taken advantage of and polarized through disinformation and fake news,” said Chilean Foreign Minister Antonia Urrejola.

The damage was done and helped to extend, also by a few yards, the isolation of Brazil.

As a voter and citizen, Bolsonaro has the right to think what he wants about the ideas of the heads of government in the neighborhood; as head of the nation, he has an obligation to ensure harmonious relations that transcend, or should transcend, ideological preferences, including not jeopardizing diplomatic and commercial agreements.

The declaration of the candidate (and still president) was harshly attacked by the local press.

The use of the possessive pronoun in the first plural when referring to other nations (“our Argentina”, “our Colombia”, “our Chile”) became a joke, but it also made evident the colonizing posture of the (still) Brazilian head of state.

Bolsonaro has said in his campaign that there are no friendly nations, but only relationships woven by economic interests.

Paulo Guedes, the economy minister, seems so converted to the boss’s primer that he feels comfortable calling the country’s biggest trading partner “Chinese” and saying that he doesn’t want its inhabitants “entering here and destroying our factories”.

When a team is losing the game, it is normal to observe a tactical disorganization on the field, which often reveals itself in the desperation of those who put all the defense in the attack in an attempt to achieve something and at the risk of dismantling their own goal even more.

Bolsonaro is not worried about that.

He continues to burn bridges, treating neighboring nations as adversaries and adversaries as enemies in a mad attempt to prove that, if not him, no one will make you happy.

If all goes well (for him), the day after the virtual victory will have as its legacy an even more isolated country and far from the respect and admiration of the international community.