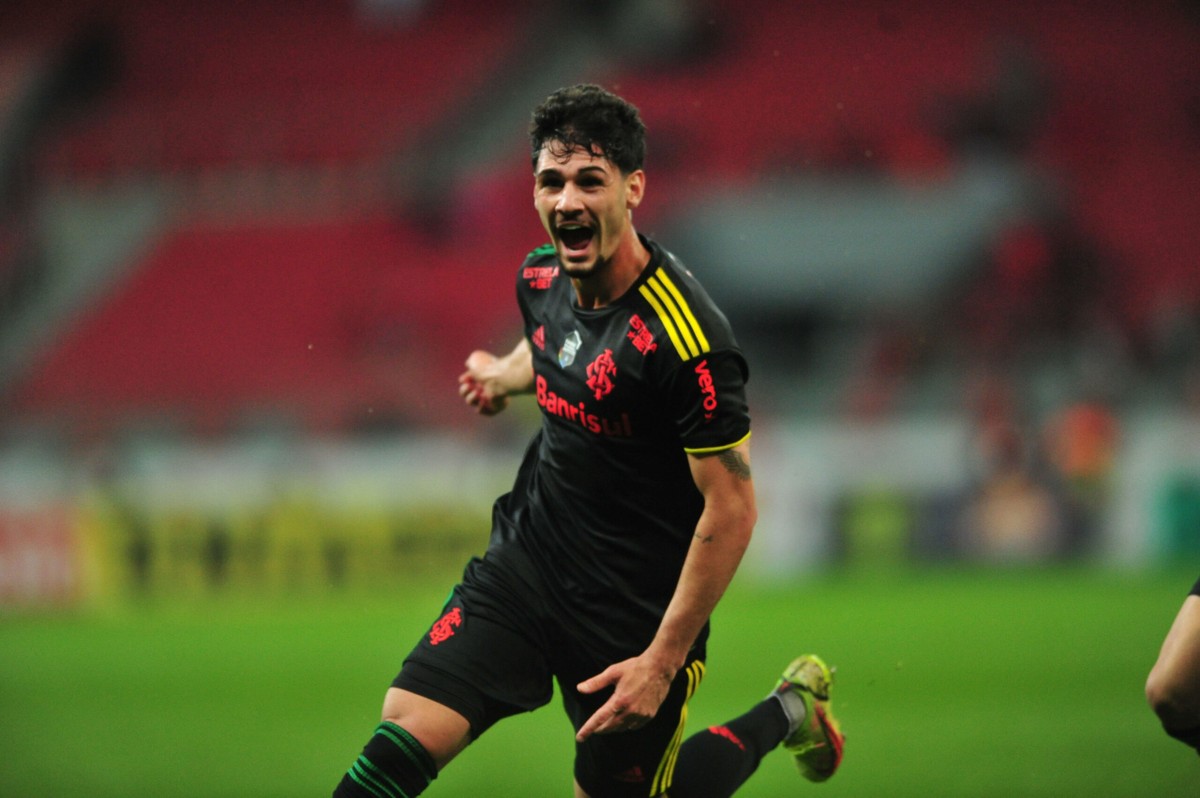 Palmeiras has a slight drop to 74% in title chances, and Flamengo pursues it with 12% | statistical spy

Leader Palmeiras stumbled in the 24th round of the Brazilian Championship in a draw against Fluminense, at Maracanã. What has changed in the title chances? Almost anything. The alviverde team dropped from 78% to 74% of chances of finishing the competition in first place. Flamengo took the opportunity to win the classic against Botafogo and reduce the green advantage from nine to seven points, thus increasing the chances of title from 8% to 12%. The distance is still quite considerable and, with each round, the 11th Brazilian title gets closer and closer to Allianz Parque.

Fluminense and Internacional run on the outside with a 5% chance of surprising the favorite Palmeiras, but they need to have a positive sequence that they haven’t had in the current championship. However, it is worth remembering the great colorada phase that comes from three consecutive victories started precisely in a 3-0 against Tricolor carioca.

In partnership with economist Bruno Imaizumi, we analyzed 89,659 shots registered by Espião Statístico in 3,659 Brasileirões games since the 2013 edition, which serve as a parameter to measure the current productivity of teams in attack and defense based on the goal expectation (xG) , internationally consolidated metric. The data serve as a parameter to calculate the chances of each team winning the remaining games, making 10 thousand simulations for each match to be played, which results in the percentages shown below. The methodology used is explained at the end of the text.

Title chances in the Brasileirão

If the title has Palmeiras as an outstanding favorite, the fight for the G-4 is very open between Flamengo, Fluminense, Corinthians and Internacional. The alternation of positions between these teams marked the last rounds, which left the spot for Libertadores with a dispute that draws attention. Fla rose from 74% to 80% and is the favorite to consolidate in this group, while Flu dropped from 67% to 63%, giving a gap for alvinegros and colorados to approach.

Even tied with 42 points, Internacional and Corinthians have been showing different performance if we look at the offensive production and the last days. Timão occupies the fourth position, one ahead of the Gauchos thanks to the number of victories, but the good sequence of three positive results made Inter rise from 37% to 58% of chances of G-4. Those from São Paulo fell from 45% to 35%. Nothing that can’t change next Sunday, after all, the two teams face each other at Neo Química Arena to measure forces.

With no chance of staying in the G-4 or even in the G-6, four teams were out of the ranking: Coritiba, Atlético-GO, Avaí and Juventude. The fight of these teams is not to play in Serie B in the 2023 season.

Chances of going to Libertadores

Lantern at the end of the turn, Stronghold is an example of not giving up looking for recovery even if it seems unlikely. Since then there have been five games and five victories, including Corinthians and Internacional in the list of victims, fourth and fifth respectively. The chances of staying in Serie A have risen from 68% to 89% last week and now to 95%. Five points away from the Z-4, the Tricolor from Ceará cannot let the pace drop, but the worst is apparently over.

There are 12 teams with more than a 90% chance of staying in Serie A, which leaves the other competitors increasingly under pressure. The lantern Juventude, after being thrashed by Inter, saw his chances of staying in the elite decrease from 6% to 3.6%. Coritiba beat Avaí, left the relegation zone and improved their chances from 32% to 45%, while Santa Catarina had a drop from 43% to 25%. Atlético-GO lost the classic to Goiás and the coach, dropping from 43% to 34% of the possibility of staying in Serie A.

Chances of staying in Serie A

Chances of teams finishing the Brasileirão in each position after 24 rounds — Photo: Bruno Imaizumi/Espião Statístico

We present the statistical probabilities based on the parameters of the “Expected Goals” or “Goals Expectation” (xG) model, a metric consolidated in the data analysis that has as a reference the shots recorded by the Statistical Spy in 3,659 Brasileirão games since the edition of 2013.

The variables considered in the model are: (1) the distance and angle of the shot in relation to the goal; (2) if the shot was made face to face with the goalkeeper; (3) if it was made without the presence of the goalkeeper; (4) the body part used to complete; (5) whether the finish was first-time, straightened or loaded; whether the kick was made with the player’s good or bad leg; (6) the origin of the play (penalty, corner, cross, direct foul, steal, touch-in, etc.); (7) whether assistance was provided from within the area; (8) the position in which the athlete plays; (9) kick force indicators; (10) the market value of teams in each season from Transfermarkt website data (as a proxy for squad quality); (11) game time; (12) the age of the player; (13) the goalkeeper’s height in plays originating from overhead balls; (14) the difference in the score at the time of each submission.

Out of every hundred shots from the half-moon, for example, only seven turn into a goal. So, a half moon shot has a goal expectation (xG) of about 0.07. Each position on the field has a different expectation of a shot turning into a goal, which increases if it is a counterattack because there are fewer opponents to avoid the completion of the play. Each score is added up over the course of the match to arrive at a team’s total xG in each game. This variation indicates the chances for teams to beat each opponent and, from there, the chance for clubs to finish the championship in each position is calculated.

Previous Cinépolis announces pre-order for the extended version of “Spider-Man: No Return Home”
Next Victim receives compensation of R$ 2 thousand for messages on WhatsApp

This Thursday, a curious duel caught the attention of the soccer world. In a match …