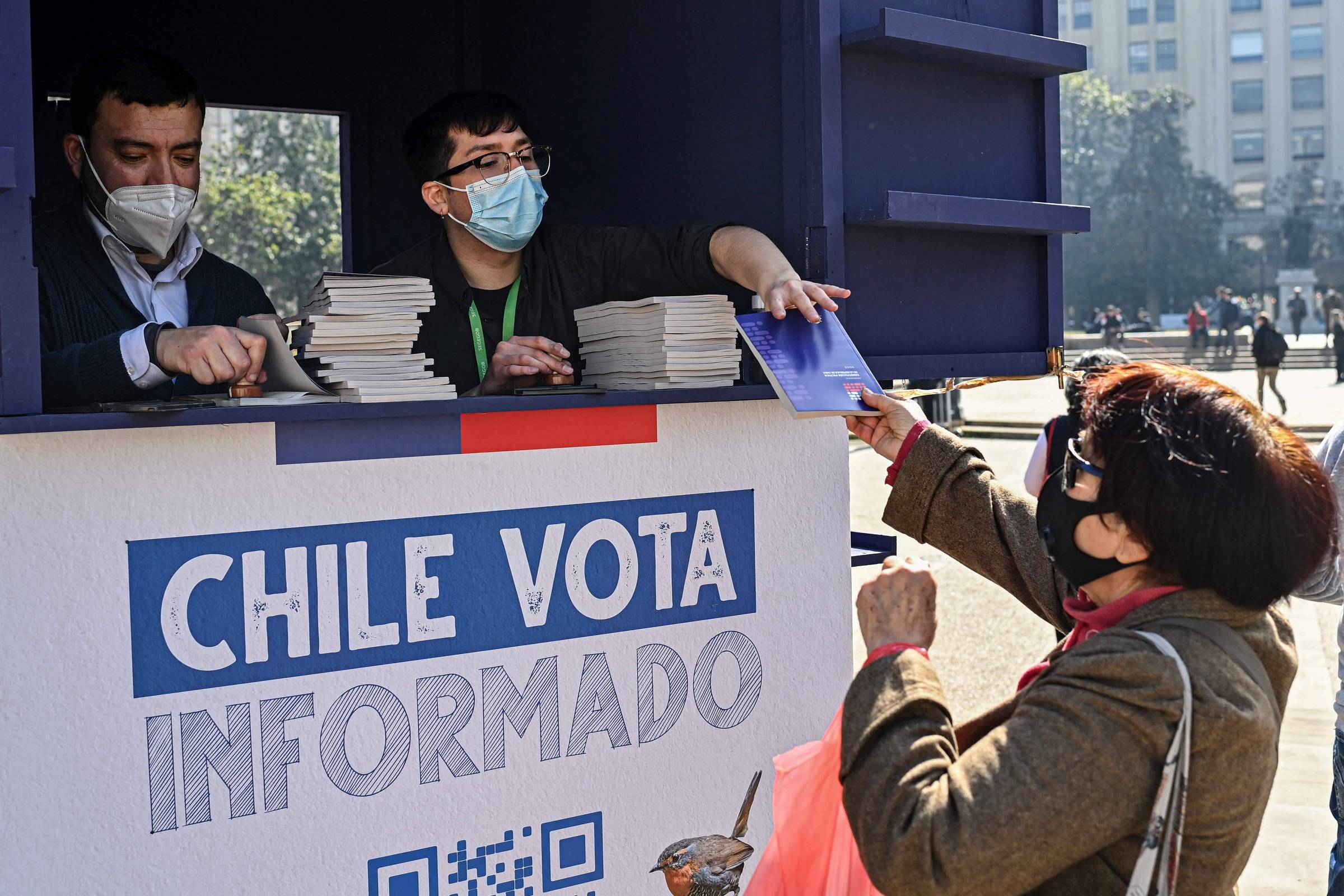 The new constitution proposed in Chile wants to ban private property and allow abortions in the ninth month of pregnancy. Private companies will count the votes. A flurry of prisoners and migrants will be allowed to vote in the next referendum.

All these stories have gone viral on social media platforms such as Facebook, Instagram, Twitter, TikTok and WhatsApp in Chile, as citizens prepare to give their opinion on the new Constitution next Sunday (4). All of them are, to say the least, inaccurate — not to say completely false.

A year after violent protests against inequality rocked the country, almost 80% of Chileans voted in 2020 in favor of creating an Assembly that would draft a new Constitution, to replace the text written under the dictatorship of Augusto Pinochet. But that support has dropped, and polls show voters are more likely to reject the bill.

The proposal, written by predominantly independent and progressive lawmakers, is readily available on the street, online or in podcast format. With a focus on social rights and the environment, it represents a marked change from the current, more market-oriented Constitution.

Paulina Valenzuela, a statistician at the public research firm Datavoz, says that most of the misinformation in the last year has focused on the constituents who were drafting the document, but that she switched to the new text itself after it was completed, at the beginning of July.

“More than false, I would say that they are half-truths. They advance at points where there are doubts about how the rule or the article should be interpreted”, he says. According to her, it is difficult to quantify the impact of disinformation on polls, but 65% of respondents reported having encountered something similar in the last week of July.

Fábian Padilla, who founded the checking site Fact Check CL during the 2019 protests, says these services cannot point to false legal interpretations — in contrast, for example, to patently false medical claims that have circulated in the coronavirus pandemic.

“With Covid, the disinformation was very consistent, repeating patterns, some very absurd. But with the constitutional text this is very debatable”, he says. The process then leads to consultations with legal experts and longer verification times. “It hurts when a check takes days, because we know that every extra day means millions and millions of views of that lie.”

Marcelo Mendoza, a computer professor at PUC Chile who studies the spread of disinformation, says that false claims about the new Constitution circulate three times faster on Twitter than news from reliable outlets. “They make most of their impact within 24 hours, which social media companies struggle to break. They’re always late,” he says.

The plebiscite itself and the Chilean electoral body, Servel, were the target of misinformation. The president of the collegiate, Andrés Tagle, says that this is the fifth electoral cycle in which the agency has been hit, with attacks marked by increasing intensity and cumulative effect on public confidence.

Meta and Twitter said they are actively working with government and content verifiers to help stop the spread of misinformation. Meta said it has activated a rapid response team on Facebook and Instagram to identify violations, has partnered with agencies such as Fast Check CL, and acts to limit the reach of posts deemed misleading.

On WhatsApp, the company said it focuses on reducing the virality of messages.

But Tagle says the measures still fall short. He defends the regulation of platforms, holding them responsible for posts if they cannot identify the user.

Previous After winning 14th game in Serie B, Bahia reaches 94% access chance | Bahia
Next How to get “sun-kissed strands” effect on every hair shade. Meghan Markle’s Colorist Teaches – Vogue