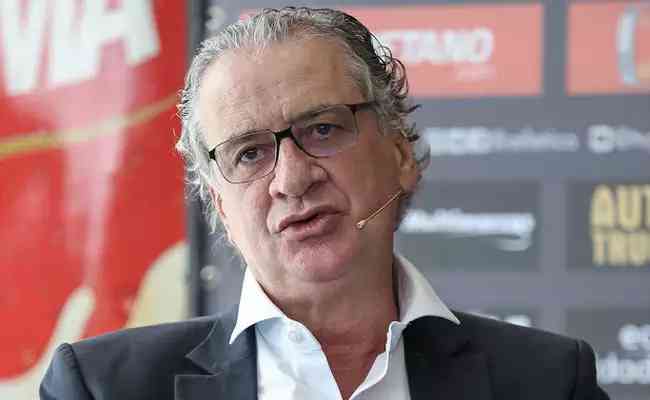 Atltico’s president, Srgio Coelho, said that it is “inevitable” that the club sells a player if a financial proposal that is considered interesting arrives. The representative also commented on Galo’s accounts and highlighted the help of the group called the 4 R’s (Rafael and Rubens Menin, Renato Salvador and Ricardo Guimares).

Regarding the negotiation of athletes, the president even said that there were polls for defender Nathan Silva and striker Vargas, but the negotiations did not advance. To try to not go into the red, the club needs to sell assets.

“We had a forecast of selling BRL 140 million in players. We have already sold close to BRL 150 million. But the sale of Junior Alonso started last year, so we accounted for it last year. We have a deficit. We need to sell a little, yes. inevitable, if there is a good proposal for the club and for the player”, said the president, in an interview with Itatiaia.

Srgio Coelho highlighted that the club’s administrative situation is quite complicated from a financial point of view. “On the pitch it’s difficult, you can’t imagine off the pitch, in terms of the club’s finances. We have the biggest debt in Brazilian football,” he said.

The president of Galo said that the club wants to negotiate a maximum of 51% of SAF shares. According to Srgio Coelho jh interested companies.

“I believe it would be the maximum of 51%, but the ideal is if we sell a lower percentage so that we can keep control. It will also depend on the buyer. I don’t believe we do business selling % above 51% “, said.

“There are letters of intent that are totally confidential. We start exchanging documents, providing information to interested companies, to potential buyers and interested parties. There are already some companies, yes,” he pointed out.

Cuca has a contract with Atltico until November this year, when the Brazilian football season ends. The president of Galo, Srgio Coelho, wants to quickly resolve the contractual issue of the alvinegro coach to define the planning for 2023.

“We need to quickly resolve this issue of coach, and plan the year 2023. Not that we are standing still, we are already talking, but in the coming days you can be sure, that the collegiate body, together with Rodrigo Caetano, will sit down and decide”, said Srgio Coelho.