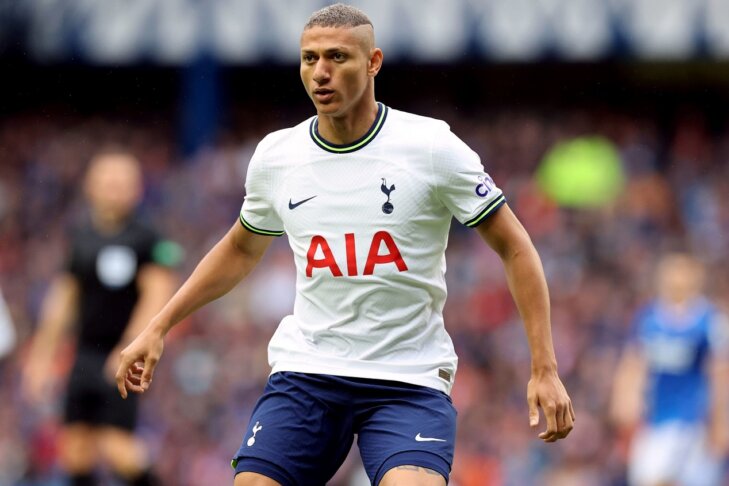 Richarlison starred in a moment that generated controversy over the weekend. During Tottenham’s 2-0 victory against Nottingham Forest, on Sunday (28), the Brazilian made a swipe at the end of the Premier League match.

He received criticism for this attitude. German Dietmar Hamann, who played in the 1998 and 2002 World Cups, attacked Richarlison for the move: “It has nothing to do with showing off. He should have been booked for unsportsmanlike conduct and the game restarted with a free-kick to Forest,” Hamann wrote.

Richarlison soon commented on the comment and fired: “Cry more”. The Brazilian from Tottenham has a provocative profile and often jokes about football situations. He became known for making fun and being made fun of by players and the press in Argentina, always in a healthy way.

Check out the bid that sparked debate:

Versatile in the offensive sector, Richarlison is one of the possible names for the 2022 World Cup in Qatar. He has the ability to play on both ends and also centralized. Not yet a starter at Tottenham, as he has just arrived, he has been coming on frequently and gave a beautiful pass to Harry Kane’s goal this weekend.

Hired for 60 million pounds by Tottenham, the former América Mineiro and Fluminense has already received a lot of praise from Tite, the coach of the Brazilian team: “For me, he is Richarlison. He has a little bit of a side, which he used so much in Fluminense. I always remember Abel, because he came on a call after Pedro got hurt. And in a conversation with Abel, he told me like this: ‘Tite, he has incredible strength. If he needs nine, he can do it”’, said the coach about who he sees as a ‘9’ in the selection.

The competition for the attack sector is great and has Pedro, from Flamengo, who comes from a great sequence in 2022, as Tite himself has already stated. But Richarlison must be on the list of 26 called up in the search for the dream of the hexa.

Previous Brazil imposes itself, beats Qatar and goes undefeated to the round of 16 of the World Cup | volleyball
Next Shazam 2 may have the participation of an important character