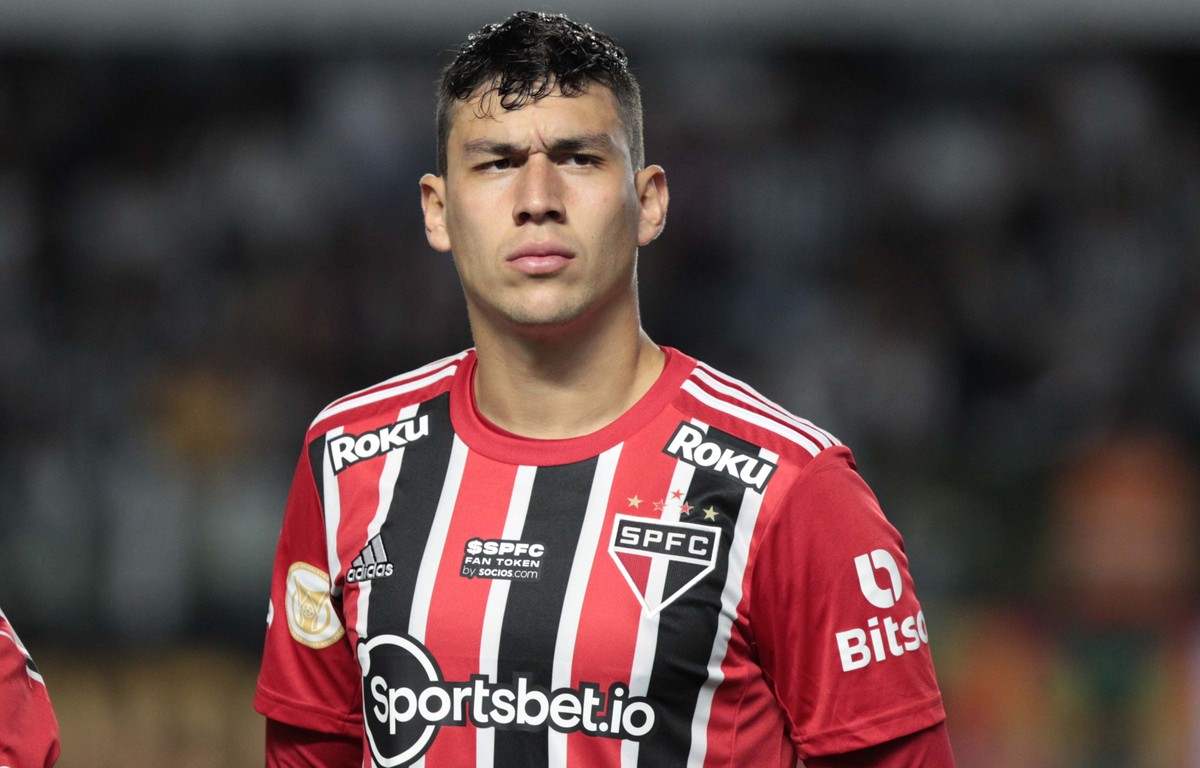 São Paulo made two changes in the list of entries in the Copa Sudamericana on the eve of the start of the semifinals, against Atlético-GO. Defender Nahuel Ferraresi took the place of Toró, sold, and striker Nahuel Bustos took the place of Maioli, a youngster from the basic categories.

The pair of foreigners was São Paulo’s last move in the transfer market. Both the defender and the forward belong to the City Group and arrived on loan until the middle of next year.

As Sudamericana allows this last exchange before the semifinal, the two are available to coach Rogério Ceni for the first leg, on Thursday, at 21:30 (GMT), against Atlético-GO, away from home.

Defender Ferraresi is the one who has the best chance of starting the match as a starter. That’s because Miranda is recovering from injury and is a doubt for the trip to Goiânia. The Venezuelan will wear the number 44 shirt in the tournament.

Ferraresi can be a starter for São Paulo in the South American semi-final — Photo: Rubens Chiri/Saopaulofc.net

Bustos, in turn, still had a few minutes with the coach since his arrival at the club. The chance of him starting playing is pretty remote. The Argentine inherits the number 39 jersey.

The other mid-year signings, such as Marcos Guilherme, Galoppo and Felipe Alves had already been registered in the quarterfinals. All are available to Ceni on Thursday.

In addition to Miranda, the coach has doubts about Gabriel Neves, who is in the final stages of recovery from an injury. Nikão, in turn, had a confirmed injury to his left thigh and is out.