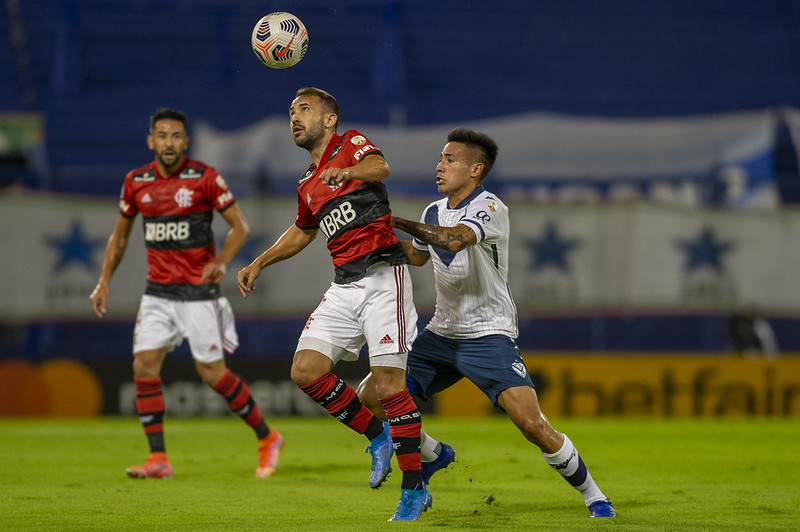 schedule, where to watch and likely lineup

Flamengo’s next game against Vélez Sarsfield is one of the most important of the season so far. On Wednesday (31), Rubro-Negro goes to Buenos Aires and plays the first match of the Libertadores da América semifinal, at 9:30 pm, at the José Amalfitani Stadium. The game will be broadcast on ESPN.

The first leg of the semifinal takes place at the home of the Argentine team because Flamengo had a better campaign in the first phase of the continental tournament, and therefore decides the tie at home. The return match will be at Maracanã, on September 7th.

Fans who want to watch Flamengo and Vélez don’t have many broadcast options. The match will be broadcast exclusively on closed TV through ESPN. The “controversy” was on account of the narrator chosen by the broadcaster. With morale with the supporters of Mengão, João Guilherme was not selected, and the narration will be done by Nivaldo Prieto from Palmeira.

Flamengo and Vélez arrive for the match at different times in the local championships. While Dorival Júnior’s team won eight of the last ten games of the Brasileirão and is in second place, the Argentine team currently occupies the 27th position among 28 teams in the national championship.

But Vélez’s situation in the Argentine Championship doesn’t mean much. Coach Cacique Medina has used a reserve team in most games, and in Libertadores he reached the semifinals after eliminating the mighty River Plate in the round of 16, which was one of the favorites for the title. In the quarters he passed by Talleres, also from Argentina.

For Flamengo’s next game, the squad will be almost complete, with no problems for Argentina. But apart from Bruno Henrique and Rodrigo Caio, who have been absent for some time, only Marinho is left out of the duel. The striker, with a fever, had already been out of the game against Botafogo.

David Luiz, who was worried about a mild case of Viral Hepatitis, traveled and should play. The defender is training normally with the group. Therefore, Flamengo’s probable lineup for the match against Vélez is: Santos, Rodinei, David Luiz (Fabrício Bruno), Léo Pereira, Filipe Luis; Thiago Maia, João Gomes (Vidal), Everton Ribeiro and Arrascaeta; Gabriel and Pedro.