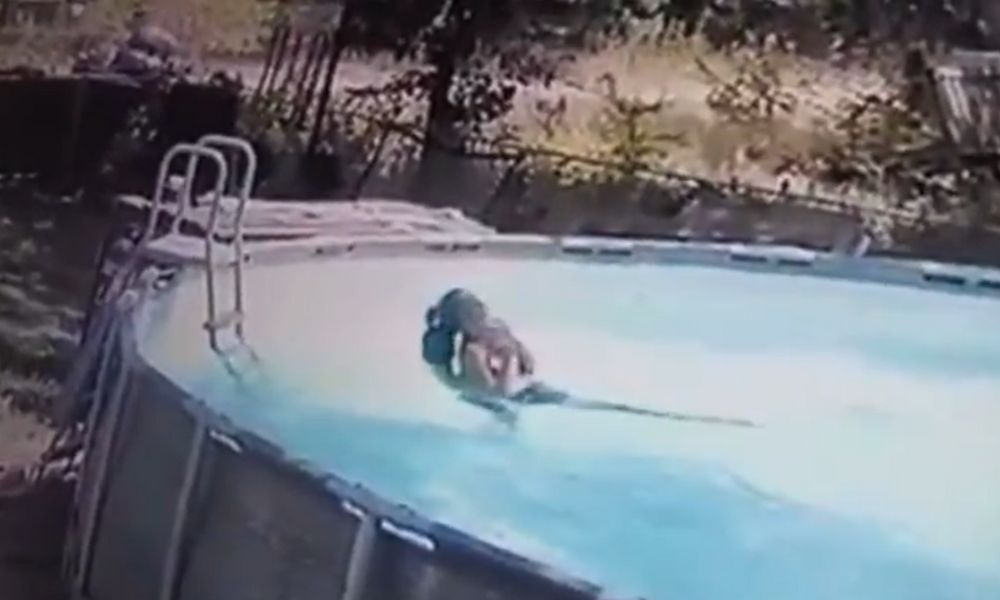 Gavin Keeney acted fast and managed to rescue Lori on his own; His actions were recognized by the police department who presented him with an award

Reproduction/Twitter/@midiassoLori, but from Gavin, had a seizure in the water and was rescued by her son.

Gavin Keeney, a 10-year-old boy, had a heroic United States at the beginning of August. He jumped into the pool and managed to save his mother from drowning after she had a seizure in the water. According to Fox News, he was playing in the backyard of his house when he witnessed the scene. In a video shared on social media, Keeney can be seen acting fast and jumping into the pool and washing her to tackle to save her. A few minutes later the boy’s grandfather appears and helps in the rescue. Lori, the mother, was able to recover without having to call for medical attention. Upon regaining consciousness, she knew she was saved by her son. In a post made on social media, Lori described how the situation was: “Gavin had just come out of the pool and was on the porch and that’s when he heard me. He jumped… the dog tried to get in… he took me to the stairs and then my dad ran in.” The video went so viral that the boy received an award from the Kingston Police Department for his act of bravery. “Due to this young man’s quick actions, his hand did not swallow water and is alive,” the police department wrote in a post on the website. Facebook. “Thank you Gavin, you are a true hero and a positive light for this community,” he added. This is not the first time the boy has saved his mother. A few years ago he stopped her from suffocating by choking on a piece of food. However, on this occasion, it was necessary to call 911, as he could not help himself.