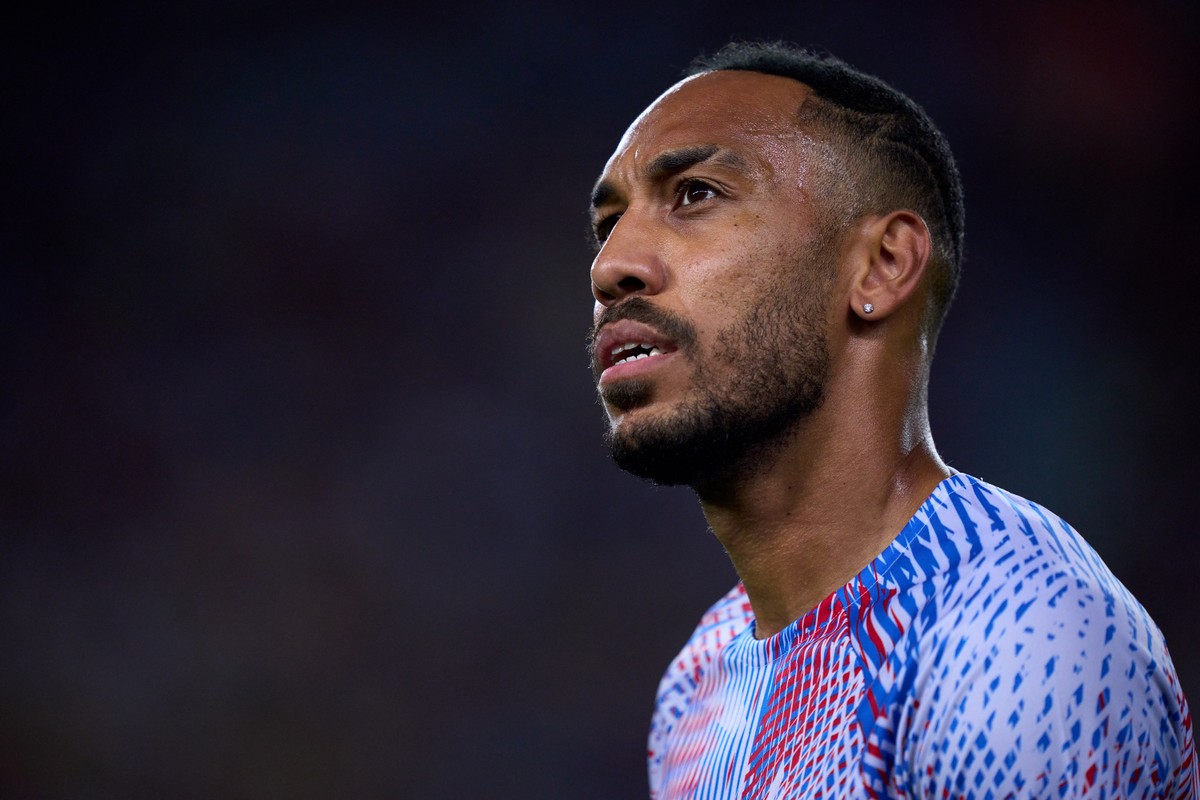 O assault suffered by Aubameyang in his home in Barcelona could complicate the player’s attempt to leave the Catalan club. The newspaper “The Athletic” said on Wednesday that the Gabonese suffered a fractured jaw when he was attacked by one of the assailants last Monday – which could leave him out of the field for at least a month and make a transfer difficult. He had been negotiating with Chelsea for the last few days of the window.

The English newspaper highlights that Aubameyang was hit in the face by an iron bar, and the aggression caused a crack in his jaw. At first, the injury would prevent Auba from even training for a few weeks, having to wait for the small fracture to heal naturally. The striker could still have to return to the pitch using protection in the region for a long period.

Aubameyang was on his way to leaving Barcelona – Photo: Getty Images

According to several Spanish media, Aubameyang was close to closing his transfer to Chelsea, with the English club moving forward with a deal with Barcelona. The Blues would pay 25 million euros to the Catalans, but they now have less than 48 hours to rethink the deal in the face of the unforeseen. The transfer window closes on Thursday night.

The episode took place in the early hours of Monday in Spain. Police are investigating the perpetrators of the crimes, after being tipped off by Aubayemang’s wife, Alysha Behague. The thieves escaped with the attacker’s car and carrying family jewelry, after accessing the safe.

The player had his home invaded by at least four hooded men, was threatened with firearms and hit by iron bars. Aubameyang and Alysha would have been tied up and placed on the ground for an hour.

It is not the first time that a Barcelona player has been the victim of a robbery in Castelldefels. The same thing happened with Piqué, Boateng and Arthur, but the players were away from home at the time of the invasion.