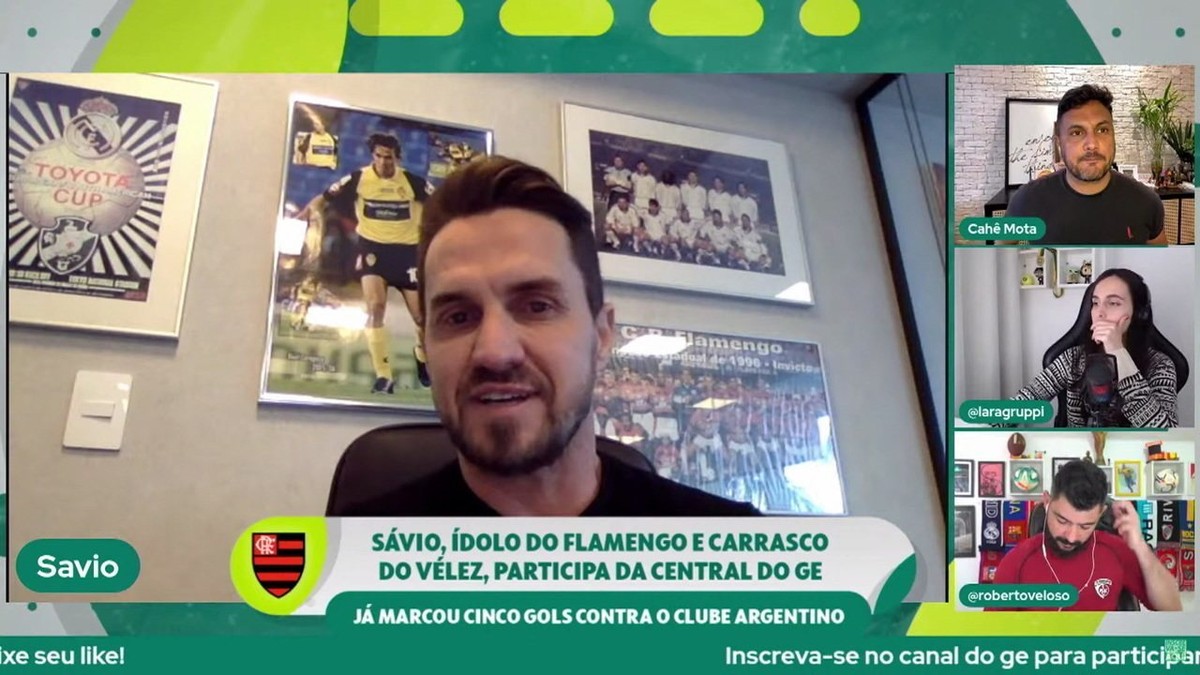 Carrasco do Vélez, Sávio warns Flamengo about hostile environment and recalls 95: “They were the favorites” | Flamengo

Flamengo faces Vélez Sarsfield this Wednesday, at 9:30 pm, at the José Amalfitani Stadium, in Buenos Aires, Argentina, for the first leg of the Libertadores semifinal. In a confrontation marked by a rivalry in the 90s, with the right to beating and decisive games, Sávio, at the GE Central, recalled the clashes against the Argentines in 1995, when he was Vélez’s executioner.

In the first phase of the extinct Libertadores Supercup, Flamengo and Vélez faced each other in Buenos Aires for the first game of the competition. The Rubro-Negro of the “best attack in the world” had Romário, Sávio and Edmundo, but faced Vélez, commanded by Carlos Bianchi, who was the current champion of America and the World in 1995. If today Flamengo is considered the favorite for the Libertadores match, in 1995, the bets were with the Argentines.

– We arrived in Buenos Aires at a turbulent time, with many uncertainties, especially in the Brazilian Championship. And Vélez in 93 to 97, kept the champion team, with many good players, some who later left for Europe. We reached 95 at a time when they were the champions and favorites, and Flamengo was underdog – said Sávio, who scored in that match. 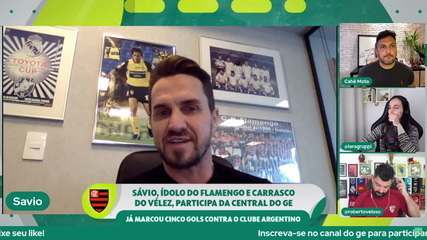 Confirming the favoritism, Vélez took the lead, winning 2-0, but Flamengo hardened the match and turned it to 3-2 with goals from Edmundo, Sávio from a penalty and Rodrigo Mendes. With the experience of the confrontation, Sávio warned the current Flamengo about being favorite and demanded concentration.

– I think this is important because when it comes to a game as heavy as a Libertadores semifinal, you have to be very attentive. Vélez that year was surprised inside their field, and that can serve as a lesson. Football is full of surprises. Flamengo is the favorite, they have an excellent team, they have been doing a very good campaign. It’s maintaining an important regularity, but it’s an Argentine team, which has good players, and if you’re not attentive there in the 180 minutes, you have to be very concentrated so as not to have surprises.

There were four clashes against Vélez in a period of two years, from 1995 to 1997. Sávio scored five goals in those matches. Detail: in all the games in José Amalfitani, the “Anjo Loiro” rocked the nets. The former Flamengo striker recalled the hostile environment he faced at the stadium:

– The one in 1995 was really a strong environment. We faced a very strong Vélez, who was the champion of the world and of the Libertadores, they were the favorites, and we played an almost perfect game. There was that resumption for us to reach the final of the Libertadores Supercup.

It was really a hostile environment there. The stadium was full, a great expectation on top of Vélez, but we did very well. We won, broke that streak, and we reached the Supercup final. I believe it will be no different, even because it is a Libertadores semifinal – said Sávio.

Even with the hostile environment against, Sávio said that Flamengo is the favorite of the confrontation. In penultimate in the Argentine Championship, mixing starters and reserves in many games, Vélez arrives for the match without a win for four games in the season (and there are 13 in Argentina). The former striker pondered the opponent’s moment and highlighted the decisive character of the game.

– Of course, the moment of the Vélez team in 95 was better, with great players with a lot of technical potential, commanded by Chilavert who was the goalkeeper, the great attraction of that team, but even with the difficulties of Vélez, who we are following in the Argentine Championship , we know it’s a decisive game, it’s a semifinal.

After scoring the equalizing goal in the turn against Vélez in 1995, Sávio scored in other games against the Argentines. In the return match of the Supercup, the striker scored in Flamengo’s 3-0 victory in Uberlândia, at Parque do Sábia. The other goals were from Romario and Edmundo. This match was marked by the fight between Zadoná, Edmundo and Romário, which became the subject of provocation among the fans.

Later, Flamengo and Vélez also faced each other for the Libertadores Supercup in 1997. Sávio was once again the protagonist, and commanded another comeback against the Argentines. The former striker spoke about his reputation as an executioner:

– History is not erased. The stamp stays. I had the pleasure of facing Vélez on a few occasions, in four games there were five goals, two of which were super important in Buenos Aires. After the 1995 games, we had the game in Florianópolis, at Figueirense’s field, which we lost 1-0. The last game was the return game in 97, which was 3-0 in Buenos Aires, where I scored a hat-trick , a Copa Libertadores game, super important too.

It’s good to be part of this story and this confrontation too. Being part of a confrontation and rivalry as big as Flamengo and Vélez is gratifying – completed Sávio. 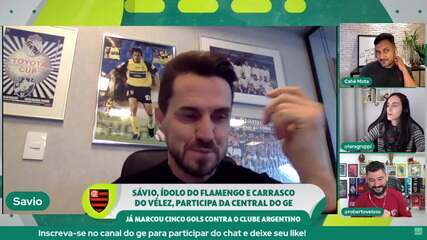 Sávio comments on the fame of executioner of Velez, Flamengo’s next opponent in Libertadores

Flamengo and Vélez face off at José Amalfitani, in Buenos Aires, this Wednesday, at 9:30 pm, for the first leg of the quarterfinals. The return takes place on September 7, at Maracanã. Whoever passes will face the classified of the confrontation between Athletico-PR and Palmeiras in the great final of Libertadores, on October 29, in Guayaquil.