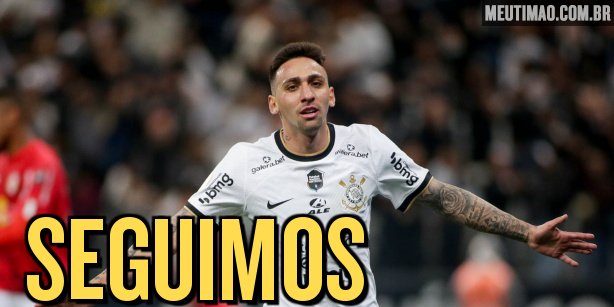 Corinthians announces shirt sponsorship renewal for another year and a half

Corinthians announced this Wednesday the renewal of the sponsorship contract with Ale Combustíveis. Partner of the club since 2019 and present on the front of the shirt since last year, the gas station company will remain in place until December 2023as Timão said in an official statement.

Ale prints its logo in the center of the top of the Corinthians shirt, between the club’s symbol and that of Nike, a supplier of sports equipment. She moved into this position exactly one year ago.

“We have a commitment to Fiel, a great crowd present throughout Brazil and which is the true heart of the team. We understand that and we always think of actions to benefit it and further strengthen the club”, said the Marketing Director. and Varejo da Ale, Diego Pires.

“For Corinthians, it is always a great satisfaction to maintain partners and have leading brands in their segments on our uniforms. The renewal with ALE reflects and confirms the effective deliveries of the club to the companies that are with us, and our objective is to have partnerships every longer lasting, with solid results for both sides”, said Corinthians president Duilio Monteiro Alves.

Diego Pires highlights, among the actions for the Corinthians fans carried out by Ale since 2019, the promotion “110 years of madness”, which stamped the fans’ passion in five historic moments of the club, chosen by the fans themselves, on the wall of CT Joaquim Grava .

See more at: Sponsor of Corinthians.

Previous Leonardo DiCaprio ends dating and reinforces age theory
Next Why did Japan declare ‘war’ on the storage item?