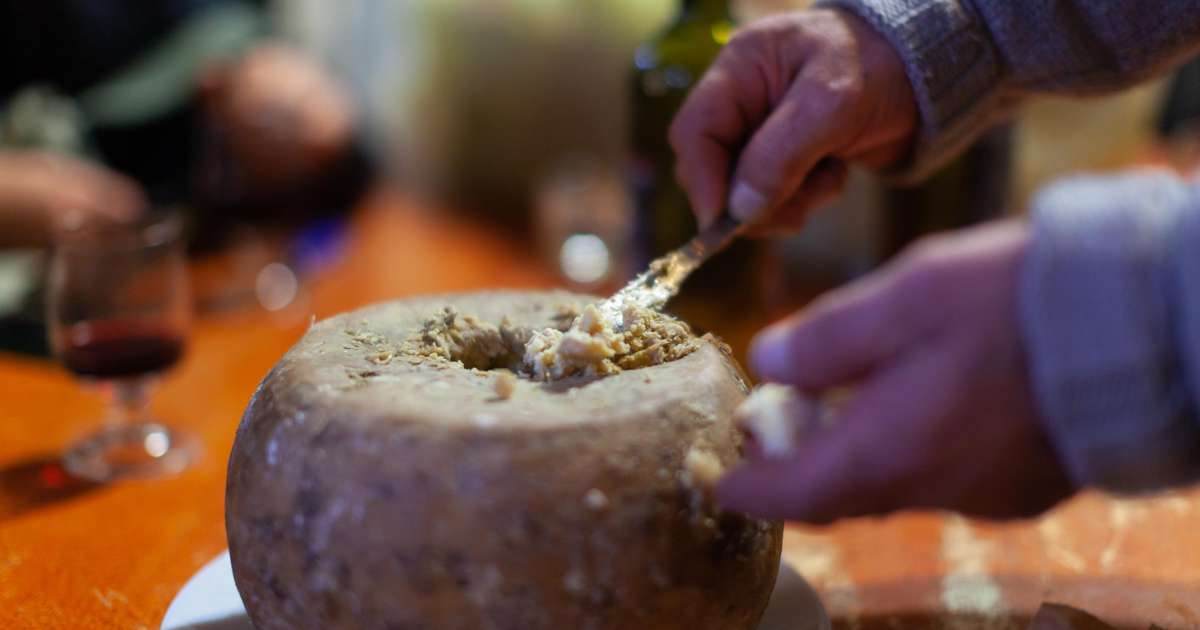 Discover the most dangerous cheese in the world

If you take a closer look, the cheese making process is quite eccentric in general, as many of them need fungi to reach their sweet spot, as is the case with gorgonzola. However, none of them compares to the casu marzuwhich uses nothing more and nothing less than fly larvae in its production.

However, what is most frightening is that the cheese is served with the larvae still alive. Thus, it is possible that some of them survive the mastication and arrive unharmed in the intestine of those who dared to taste, if this occurs, the person may have major damage and perforations in the intestinal liningstomach pain and diarrhea.

This food is traditional from the italian island of Sardinia, which is located in the Mediterranean Sea, is made from goat’s milk, has a creamy appearance and a flavor so strong and spicy that those who taste it say that the taste lingers in the mouth for hours after being ingested. Therefore, it is considered a delicacy by families in the region.

Cheese is so dangerous that was banned in the year 1962 by the government of Italysince there is a law in the country that does not allow the consumption of food infested by parasites.

Furthermore, in 2009, the delicacy won the title of “most dangerous cheese in the world” by the Guinness Book. According to the record book portal, some consequences of eating this food are “vomiting, abdominal pain and bloody diarrhea”.

As the sale of this cheese is illegal and can generate very high fines, it is difficult to say what its price is and where to find it, but for sure, if you are in Sardinia and want to taste it, you will be able to. The casu marzu is registered as a traditional product of this region and is protected locally.

Previous Sony buys part of FromSoftware, Elden Ring’s studio
Next Emma Watson WOULD LOVE to be in another ‘Harry Potter’ special 20 years from now