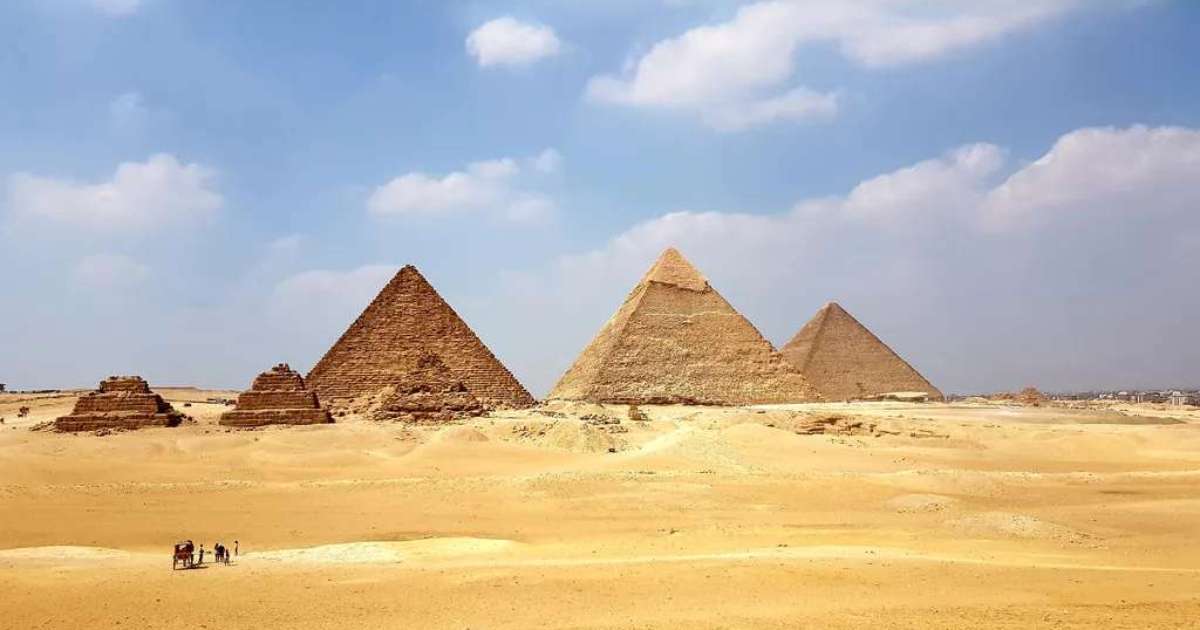 Considered one of the Seven Wonders of the Ancient World, the pyramids of Giza in Egypt and, more specifically, the construction process of these pharaonic works still holds many mysteries. Now, a team of French researchers has discovered that extinct channels of water from the Nile River played a key role in transporting the building blocks.

Published in scientific journal Proceedings of the National Academy of Sciences (PNAS), the study of a previously unknown tributary of the Nile River was led by researchers at the University of Avignon in France. The discovery helps to debunk the myth that these buildings were made by aliens, as the book defends. Were the Astronaut Gods?by the Swiss Erich von Däniken.

“Ancient Egyptian engineers explored an ancient Nile canal to transport building materials and provisions to the Giza plateau. However, there is a paucity of environmental evidence on when, where and how these ancient landscapes evolved,” the French authors state.

How were the pyramids built in Egypt?

When we think of the pyramids of Giza today, we immediately imagine a vast and vast desert. At first glance, the researchers’ discovery that a Nile channel ran through the region may seem absurd and that it was responsible for helping to transport the building blocks.

If the region is currently 8 km from the main body of the Nile — a significant distance when you think about transporting huge amounts of stone — the situation was completely different more than 4,000 years ago, according to the new study. That’s because the authors discovered traces of the channel known as Khufu, near the Giza plateau.

Importance of the Nile River in the transport of building blocks

“New paleoecological analyzes have helped reconstruct an 8,000-year river history of the Nile in this area, showing that ancient waterscapes and higher river levels some 4,500 years ago facilitated the construction of the Giza Pyramids Complex.” , say the authors.

The reconstruction of the canal’s history was made possible by tracking traces of more than 60 plant species that were found throughout the region. Through these data, the researchers found that the volume of water in the canal was higher at the time of the construction of the pyramids. Subsequently, the canal opposite the Giza complex ceased to exist.

The discovery brings history and archeology closer to the real mechanisms that allowed the construction of the pyramids in Egypt. However, other mysteries still await to be discovered, such as the process of fitting the gigantic blocks of stone inside the labyrinth of tunnels that was erected.

Previous Launch of the Artemis Mission is scheduled for next Saturday – Época Negócios
Next Peninsula, in the Megapix Session, and Megapix Survivors are the highlights of the weekend