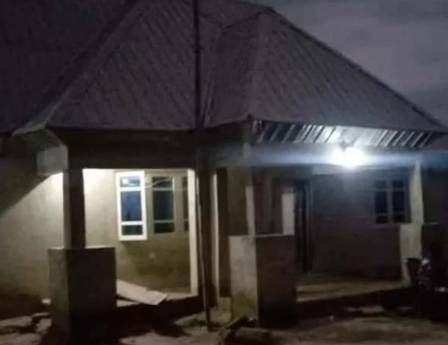 The groom and five guests mysteriously died after attending a wedding party. The bride remains in the hospital with seven other people who also participated in the event, which took place last Friday (26/8) in a village near Enugu (Nigeria).

Obinna Dieke and his wife, Nebechi, held their wedding in Nigeria, according to police, the day after Obinna and Nebechi Dieke’s wedding, 14 guests were found unconscious, with foam coming out of their mouths.

The 33-year-old groom was pronounced dead, along with five other guests, reports the “Premium Times”.

It is believed that the dead and those hospitalized were poisoned by a carbon monoxide leak from a generator inside the house where guests and the groom went to sleep after the wedding feast.

Police spokesman Daniel Ndukwe said neighbors broke down the front door when none of the wedding guests showed up the next day.

“They were immediately transferred to the hospital, where six of them were confirmed dead and taken to the morgue for an autopsy, while the others are responding to treatment.”he added.

The cause of death is still being investigated.

Previous Why did Japan declare ‘war’ on the storage item?
Next Dwayne Johnson: 10 best movies with the actor