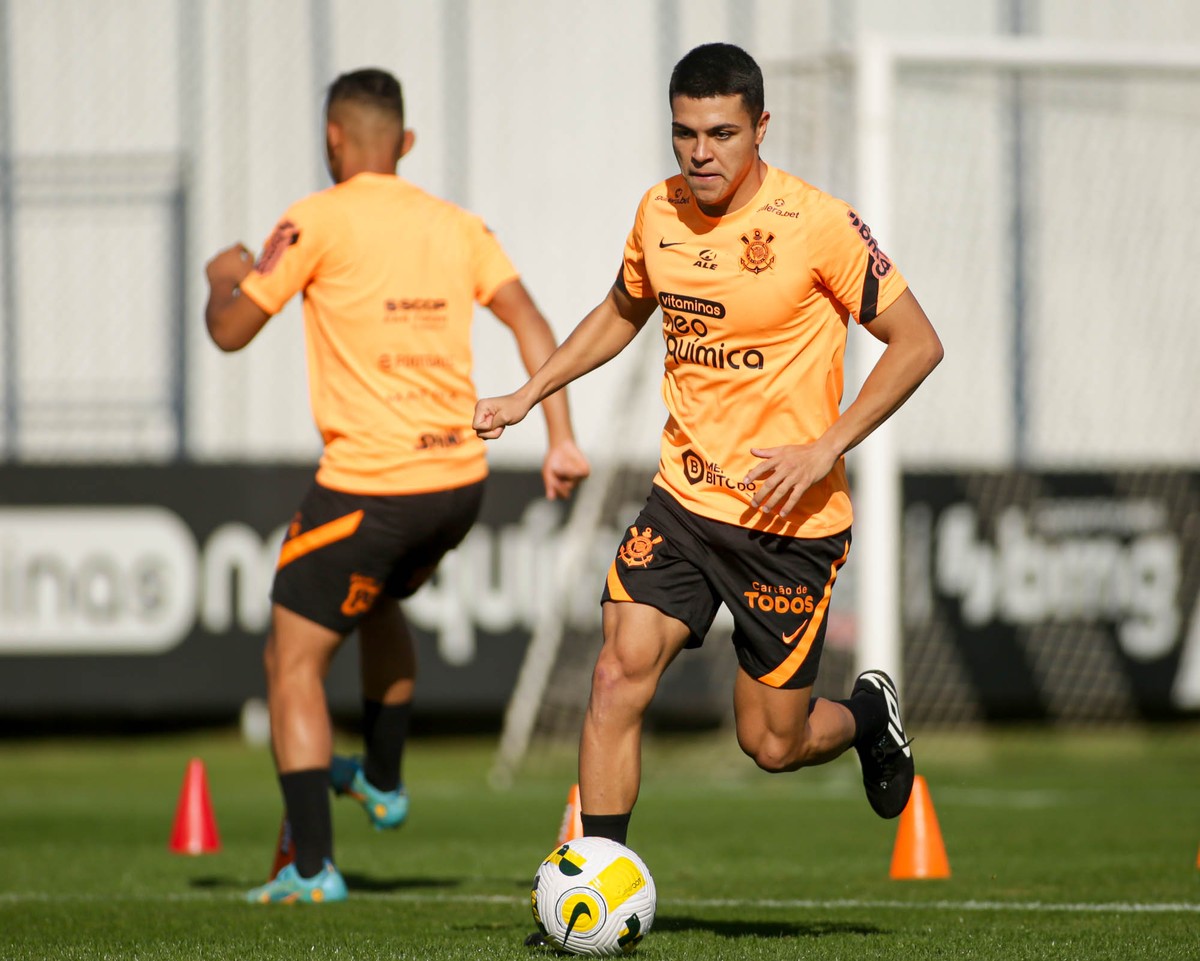 Lineup: Roni trains with the ball and should be available at Corinthians to face Inter | Corinthians

The defensive midfielder Roni returned to training with the ball this Wednesday and should reinforce Corinthians against Internacional, Sunday, at 4 pm, at Neo Química Arena, for the 25th round of the Brazilian Championship.

With pain in his right knee, Roni missed Corinthians in the last three games, against Bragantino, Fluminense and Fortaleza. The last time he played was in the second half of the classic against Palmeiras, on the 13th.

This Wednesday, the alvinegro cast performed at CT Joaquim Grava after a break received on Tuesday, the day after the 1-0 victory over Bragantino.

The starters in the last match did only regenerative work. According to information released by Corinthians, the other athletes participated in defensive and offensive organization training organized by coach Vítor Pereira. Finally, there was a game on a reduced field.

See too:
+ Timão announces renewal of sponsorship contract
+ Paulinho takes a course thinking about his career after Corinthians

Roni trained with the ball at Corinthians this Wednesday — Photo: Rodrigo Coca / Ag.Corinthians

The activity featured several base athletes, such as Luan Lino, Abimael, Vitor Robson and Thalisson.

On Thursday, the group returns to training. It is possible that Vítor Pereira will begin to define the team to face Inter. Midfielder Du Queiroz is confirmed absent, suspended for the third yellow card.

Previous After almost 20 years, Julia Roberts and George Clooney are reunited in a romantic comedy – Culture
Next “iPhone 14 Pro” cutout can be filled by software [atualizado]