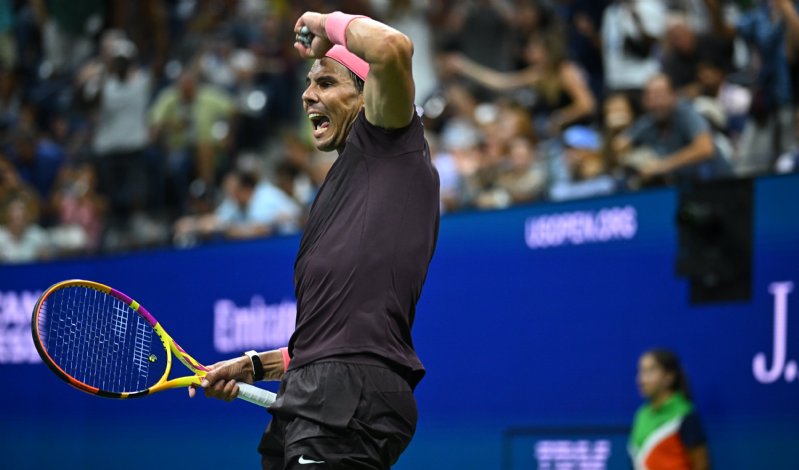 Nadal turns with ease on return to US Open

New York (USA) – In his first game at Flushing Meadows since the 2019 title, four-time champion Rafael Nadal was surprised by an exquisite first set made by the 198th in the world, but quickly found the best pace and scored a quiet comeback. The splits over 21-year-old Australian Rinky Hijikata were 4/6, 6/2, 6/3 and 6/3. Still, he needed to stay on the court for 3:07.

On Thursday, there will be a reunion with fellow veteran Fabio Fognini, who scored a remarkable comeback over Russian Aslan Karatsev, by 1/6, 5/7, 6/4, 6/1 and 6/4. Nadal is 13-4 in direct confrontations and one of the Italian’s victories was at the 2015 US Open, in an unforgettable five-set game in which the Spaniard had won the first two.

Nadal thus reaches his 20th Grand Slam-level victory of the season, as the Australian Open and Roland Garros winner did not enter the court for the semi-finals following an abdominal injury at Wimbledon.

He also hasn’t won matches since then. He missed the Montreal Masters 1000 and crashed right in the Cincinnati debut, bested by eventual champion Borna Coric. Overall for the season, he has 36 wins in 40 games, 8 out of 9 on hard court.

In his 16th appearance at the US Open, Nadal also maintained the tradition of never having lost in a first round. Their earliest falls were in the second game of their first appearances, in 2003 and 2004.

Adjustments well made from the second set
Hijikata, of Japanese parents and a student at the University of North Carolina between 2020 and 2021, played only his fourth ATP-level game and debuted in Grand Slam events thanks to an invitation, but he showed many qualities, especially when he remained offensive.

He served very well, withstood heavy exchanges from the base and made excellent transitions to the net, in an exquisite first set. Nadal strictly only played down in the lost service game, which gave the Australian 4/3. Hijikata was very firm as the serve to close the set, in which he made 11 winners and only six errors.

Nadal raised the level of first serve hits in the second set and that allowed him to take the initiative and use his forehand well. He broke right in the second game and from then on was always superior, to the point of giving up a single point with the first serve.

The advantage also came early in the third set, from 3/1, and the Spaniard was positioned closer to the baseline, increasing the pressure. He did very well on counterattacks and closed the third set with a mere three mistakes.

The fourth set was once again more disputed, thanks mainly to the Australian’s efforts. After losing the serve in the fifth game, he still fought hard and had three chances to recover, but Nadal was accurate in a short and served well to get away. Hijikata even avoided four match-points before finally surrendering in front of a spectacular parallel from the top 2.