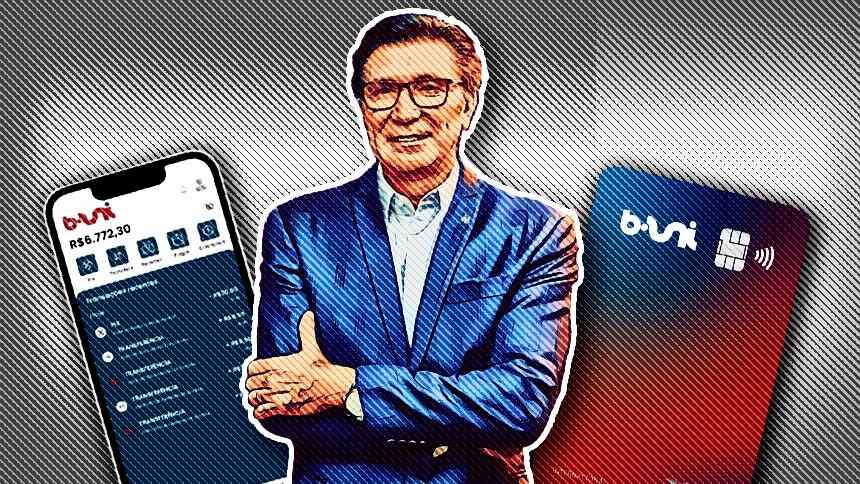 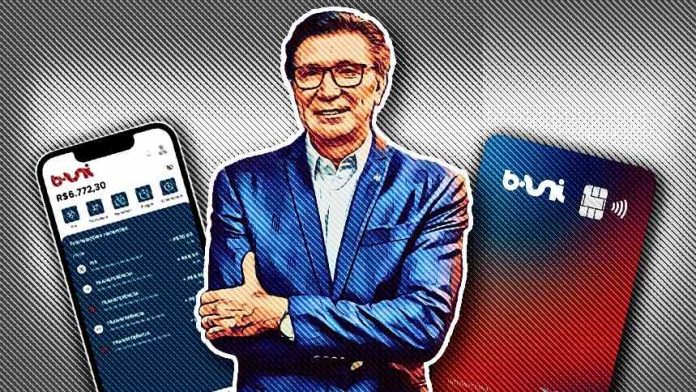 Entrepreneur Janguiê Diniz was once a shoeshine boy, created the Ser Educacional group (worth R$803 million at B3), is the author of dozens of books, heads the Instituto Êxito (which supports entrepreneurship), and is one of the partners in Bossanova Investments. In addition, he invests alone in startups – the most recent investment was in Transceptar, an Israeli artificial intelligence company in genetic mapping.

Now, Diniz is adding a new function to his extensive activity sheet. He is becoming a “banker” with b.Uni, a fintech focused on the educational universe announced by Ser Educacional last year, which is starting to take its first steps.

“We ended up following a market trend, where large corporations seek to retain their customers”, says Janguiê Diniz, founder and chairman of the board of directors of Ser Educacional, to the NeoFeed. “We are going to act in the banking of this portion of the population, eventually not included in the financial market.”

b.Uni’s intention is to operate, at this first moment, exclusively in the environment of Ser Educacional, which owns Uninassau College and is the largest higher education group in the Northeast. There are more than 12,000 employees and 325,000 students on-site and online.

The first steps of this strategy began to be taken in June this year. The fintech, which operates with partners such as Matera and Biz, paid all the salaries of the Ser group’s employees through b.Uni’s digital account. Two months later, the first students, still in the test phase, began to be “embedded” in the digital bank application.

But the most important step took place in mid-August, when b.Uni received authorization from the Central Bank to create a Direct Credit Society. With this, fintech will begin to offer more financial services, in addition to a traditional digital account with PIX and payment of slips, for students and employees of the Ser Educacional group.

“Let’s stop being a banking as a service and start offering more products and services”, confirms João Albérico Aguiar, CEO of b.Uni and CFO of the Ser Educacional group.

Among the services that will begin to be offered by the end of this year are payroll loans for employees, personal loans, student loans and insurance (from PIX to cell phones and backpacks). The fintech already operates with a multiple card (debit and credit) from Visa, through the partnership with Biz.

The offer of credit will be made through the structuring of FIDCs (Investment Fund in Credit Rights), which Ser Educacional intends to capture in the market. Aguiar says that the volume, at this beginning, should be small, around R$ 30 million to test the acceptance of the product in its base of students and employees.

The goal is to use these resources at key moments, which are the enrollment and re-enrollment periods, when students need credit to enter the university. “Our goal is to conquer 10% of the base each semester”, says Aguiar.

To attract account holders to Ser Educacional’s digital bank, b.Uni will offer cashback for students who pay their monthly fees on time. The amount returned to students is equivalent to 2% of the payment, limited to R$10 per month – the average monthly fee is R$500.

The educational group will also create a loyalty program that will give points to be used in various establishments, such as restaurants, retailers and gyms. “We want to keep the student as an account holder”, says Marcos Paulo da Silva Teixeira, operations director at b.Uni.

The plan, however, is not restricted to Ser Educacional’s ecosystem. “We will generate synergies and gains in the back office”, says Janguiê Diniz. “And the experience will be replicated and offered to other primary and secondary education institutions.”

In the first case, the Ser group estimates that savings of R$ 2 million per year are achieved by not paying billing fees and bank fees. In the second example, competition in the open sea is expected to start timidly in 2023.

Another project is to extend the offer of financial services to suppliers of the educational group, offering credit for working capital and anticipation of receivables.

“It makes a lot of sense, because Ser can explore its ecosystem in a different way,” says William Klein, CEO of education consultancy Hoper. “One of the biggest challenges in attracting students is to be fast in the commercial process, which includes financing.”

The path that Ser Educacional is beginning to follow has already been followed by several other companies. Especially the retail ones. Magazine Luiza, for example, bought Hub Fintech and created Fintech Magalu. Americanas has Ame Digital. And Via, owner of Casas Bahia and Ponto, has banQi.

The education sector also has fintechs that provide credit to students. One of them is PraValer, of which Itaú Unibanco is one of the shareholders. Another is Provi, which also operates in this area, but recently laid off more than 20% of its employees.

The large educational groups listed on the stock exchange, such as Cogna, Ânima and Yduqs, operate through their own financing lines or through partnerships with financial institutions to provide student credit to their students after the end of Fies, the federal student financing program.

b.Uni is another one of Ser Educacional’s strategies to create new avenues of growth beyond the traditional business, which reached R$464.2 million in the second quarter of 2022, an increase of more than 20%, but saw a decline in adjusted profit of more than 25%, to R$ 31 million.

The group owns GoKursos, a platform with more than 8,000 free courses, and Delinea, which produces digital content. Recently, it launched Peixe 30, a social network for jobs, and also has Prova Fácil, which manages tests and certificates for competitions.

Fintech, of all avenues of growth, is the one that can bring the most return to the educational group in the long term. But it is also the one with the most risks. Default in the financial sector is expected to grow in 2023. And the most affected must be fintechs.

Klein, from Hoper Educação, also recalls that if fintech fails, it can hit the educational group. “As they operate a business that is not the traditional one for the group, it can create an inverse problem: a dissatisfied student.” It will be the first test of the “banker” Janguiê Diniz.