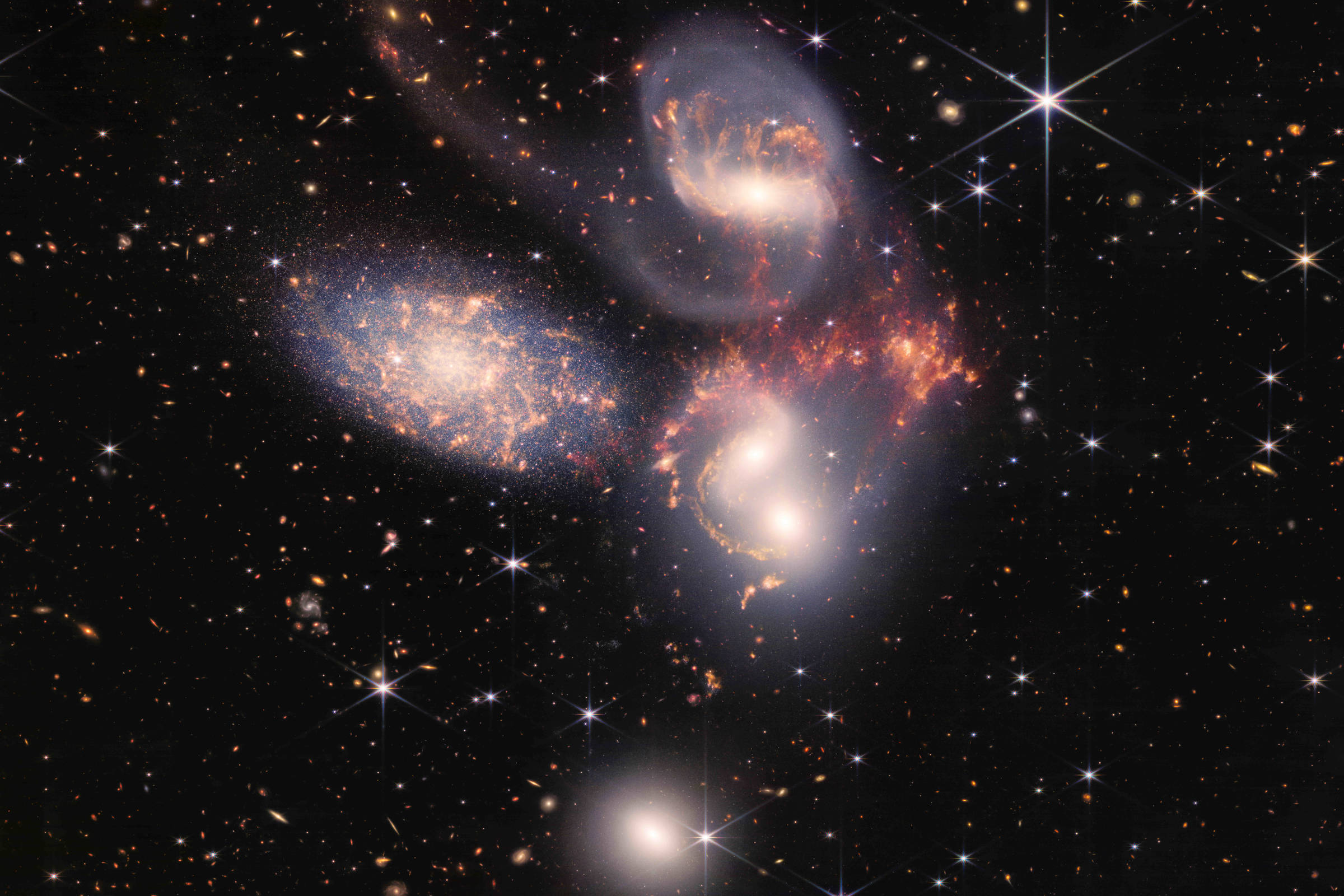 You’ve already seen images produced by the Webb infrared telescope. One astronomer has eloquently said that Webb is “a telescope for everyone. We can see galaxies a mere 700 million years after the Big Bang. This shows what we can do when we join forces.” Fantastic! American taxpayers join forces for the good of “all”.

But the speaker wants to know, “What is the persuasion trick?” For example, there is an unclear reason why NASA describes photos as “pictures”. The Webb telescope captures infrared radiation, which humans cannot see. In order for you to “see” the galaxies, the infrared needs to be translated into color. Persuasive beauty is “photoshopped”.

And the journalist asks: “What is the personal interest?”. Our eloquent Webb-using astronomer has a clear professional interest in US tax dollars.

The benefit is knowledge, obviously. I want more knowledge, yes. I think it’s great that Luís de Camões and Poetinha wrote poems in Portuguese and I approve of you buying their books with your own money. Voluntary spending is good.

But if the state is going to coerce us with taxes to pay for the telescope, the economist wants to know the numbers. Involuntary spending may be good, but we’ll see.

In terms of cost, knowledge about the Big Bang will cost less to obtain within a century or so of technological advances. So shall we wait?

In terms of benefit, how much would you be willing to pay if you could decide? No free rides on American taxpayers. So do the math, add up the imaginary payments that would have to be made by everyone on the planet. That’s the social benefit. Would it come close to covering the cost of Webb?

Even so, there is a very high cost-benefit projection for a telescope like the Webb, assuming its current cost could not be redistributed and assuming it was actually optical. Rockets can prevent errant asteroids from colliding with Earth. Watch the movie “Don’t Look Up”. But of course we need to detect their orbits. But from Earth, the Sun prevents us from fully seeing half of them. And an optical Webb telescope, positioned to one side, would see them.

But he is infrared. To see in the sunlight a cold rock coming towards Earth at high speed, we just need a cheap optical telescope in the same location.

So the Webb telescope is a stunning misallocation of public resources. As governments sound to do.

Previous Athletico complains about referee and coach accuses assistant of aggression
Next Fausto leads numbers among all Corinthians athletes since his debut; see one by one