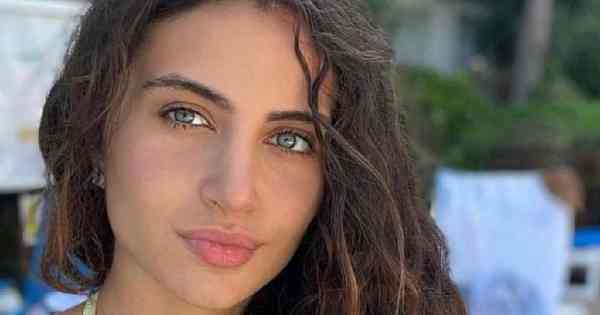 ‘We have a choice’: young woman to compete in the Miss England final without makeup – Sade

In almost a hundred years of history, the Miss England beauty pageant will have, for the first time in its final, a contestant who will perform without makeup: 20-year-old student Melisa Raouf. She wants to use the opportunity to show girls that they don’t need to wear makeup to feel beautiful. Raouf, who lives in south London, last week won a newly created round of contest in which contestants must not wear makeup. She secured her place among the 40 competitors who will compete in the final on October 17th and decided to keep her face washed in the decisive stage as well.

If she wins the final, she will go on to the Miss World competition and say she intends not to wear makeup.

“I wanted to show that we have a choice,” Raouf told BBC. “We don’t have to wear makeup if we don’t want to.”

Raouf is in the second year of his undergraduate degree in politics at King’s College London and wants to get into diplomacy after graduating.

She says the women who compete on her side have a more varied range of interests and backgrounds than is often portrayed. “Each one has its own story,” she defends her.

the weight of makeup

Like many of her peers, Raouf began wearing makeup as a teenager. She says she was “significantly insecure” and found that comparing herself to the “unrealistic standard of beauty” shown on social media had a negative impact on her mental health.

But as he grew older, Raouf gained confidence, and he believes that entering beauty pageants — although these are a “very scary” experience at times — has increased that confidence.

Since taking part in a Miss England stage without makeup last week, she says she has been inundated with messages of support on social media.

“I’ve heard from girls of all ages and women in their 40s and 50s that they feel more comfortable in their own skin,” she says.

Raouf is not totally opposed to wearing makeup and will continue to do so on other occasions. At the stage of the contest in which the candidates had to keep their faces without makeup, she was able to use few products allowed, such as facial tonic, moisturizer and lip balm.

Also read: Being what I am: building self-esteem.

“I appreciate makeup as an art form and creativity,” she says. “It’s okay to wear makeup to enhance your appearance or for special occasions, but that shouldn’t define us. About having choice. I wanted to show that we don’t need to wear makeup if we don’t want to.”

Raouf wants girls to value their “inner beauty” more than comparing themselves to others. “When you wear a lot of makeup, you’re just hiding. Take those layers off and you’ll see who you really are,” she suggests.

Miss England, owned by the Miss World competition, is one of four beauty pageants from each of the UK’s nations that sends one contestant to the international event each year.

Miss World was first created and organized in the UK in 1951 by television presenter Eric Morley. His widow, Julia Morley, became director of the organization after his death in 2000.

The franchise has long faced criticism that it objectifies women. In 1970, members of the Women’s Liberation Movement used flour to disrupt the Miss World final at London’s Royal Albert Hall.

There were also demonstrations from various groups, including the London Feminist Network and UK Feminist, when the competition final was held in the British capital in 2011 and 2014.

Also read: Aging: The most modern thing in this life is getting old.

Some of the rules for entering the competition have remained the same since 1951. Miss England candidates cannot be over 27 years old when they enter the pageant and cannot be married or have children.

In 2018, Veronika Didusenko, who was crowned Miss Ukraine, said the rules needed to change after the title was taken away from her for being a mother.

Julia Morley later said that it was difficult to change the rules, as local competitions are held in many different countries.

Despite the criticism, Raouf believes these events have a “positive and inspiring” influence. “Competitors use the (event’s) platform to do something good in the world.”

– This text was originally published in https://www.bbc.com/portuguese/geral-62733645