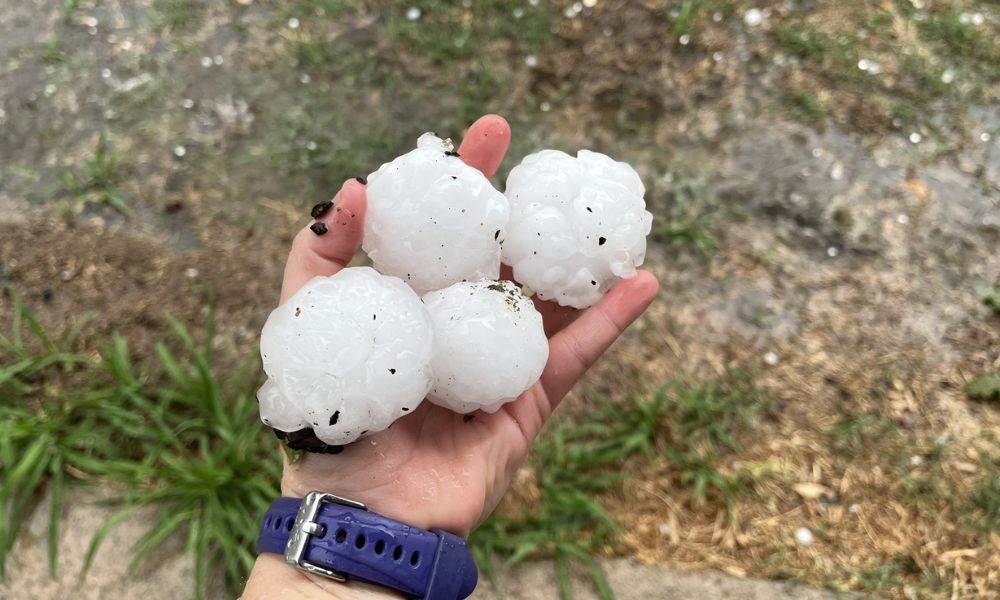 Baby dies after being hit by hailstone during storm in Spain

The girl was taken to the hospital, but did not survive her injuries; another 50 people were injured

A 20-week-old baby girl died after being hit by a hailstone during a storm in Spain, confirmed the city hall this Wednesday, 31. The case was registered in the municipality of Bisbal d’Empordà, in the province of Girona, in northeast Spain. According to city hall sources, the baby was hit in the head and was taken to the hospital, however, she did not survive. Another 50 people were injured to varying degrees. 32 were referred to the La Bisbal primary care centre. Two wounded were taken to Josep Trueta hospital and another 14 to Palamós. Several vehicles, roofs and urban furniture were damaged with stones up to ten centimeters in diameter. The weather phenomenon is unusual in the region, and there has been no record of ice of such magnitude falling in Catalonia since 2002, according to data from the meteorological agency of the Spanish autonomous community. The Catalonia Meteorological Service reported that the intense storms are expected to persist today, including hail with stones more than two centimeters in diameter, in addition to strong gusts of wind and even small tornadoes. Citing the European Severe Storms Laboratory, El Mundo reported that this is the first fatality in Europe since 1997.