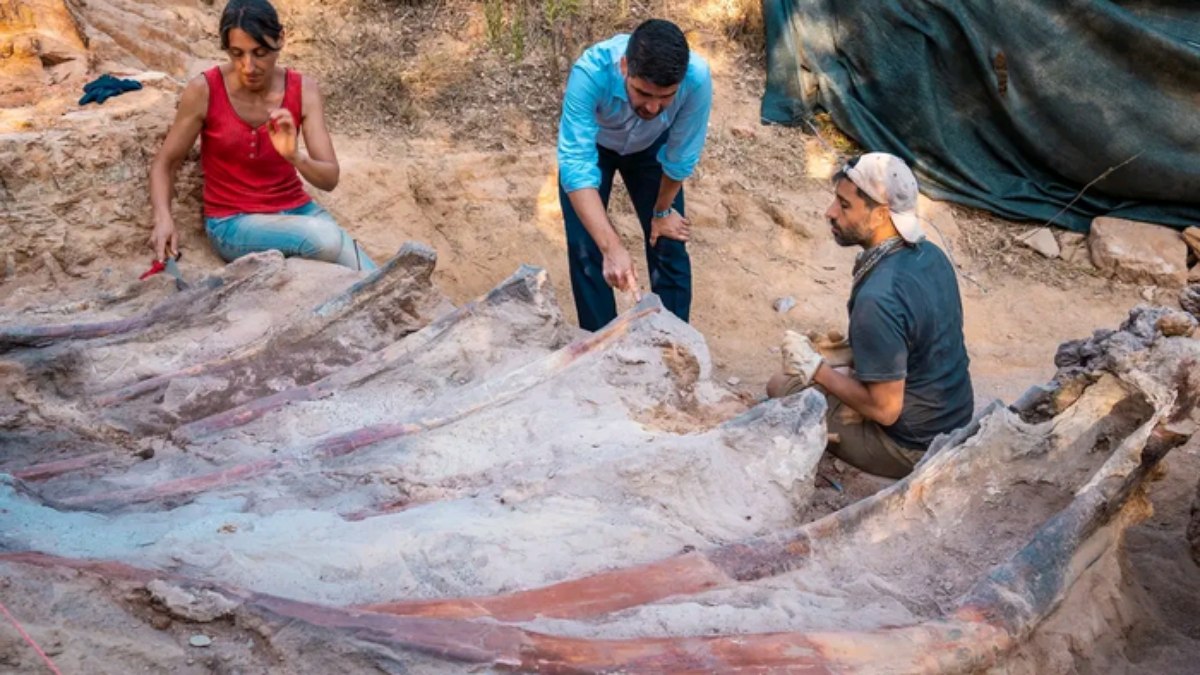 Backyard work may have uncovered fossil of Europe’s largest dinosaur

A resident of the city of Pompal, in Portugal, may have helped discover the biggest dinosaur in Europe while renovating his backyard.

The discovery began in 2017, when the home’s owner found fossilized bone fragments in his backyard. He immediately contacted experts, and investigators carried out excavations at the site.

About 5 years later, paleontologists returned to the site to carry out new excavations, which took place between August 1 and 10 of this year, and unearthed what may be the remains of the largest sauropod dinosaur ever found on the European continent.

Portuguese and Spanish paleontologists believe that the fossils may correspond to an animal that measured about 12 meters in height and 25 meters in length.

“It is not common to find all the ribs of an animal like this, much less in this position, maintaining their original anatomical position. This mode of preservation is relatively uncommon in the fossil record of dinosaurs, in particular sauropods, from the Portuguese Upper Jurassic,” said Elisabete Malafaia, a researcher at the Faculty of Sciences of the University of Lisbon, in a statement.

So far, an important set of elements of the axial skeleton that includes vertebrae and ribs of the sauropod brachiosaurid has been collected from the Monte Agudo deposit, where excavations are being carried out.

“Research in the paleontological locality of Monte Agudo confirms that the Pombal region has an important fossil record of vertebrates from the Upper Jurassic, which in recent decades has led to the discovery of abundant materials that are very significant for the knowledge of the continental faunas that inhabited the Peninsula. Iberia”, completes Malafaia.

Previous How to watch TV Record live on mobile? It’s free?
Next Leaks supposed list with the 36 characters of the game Injustice 3