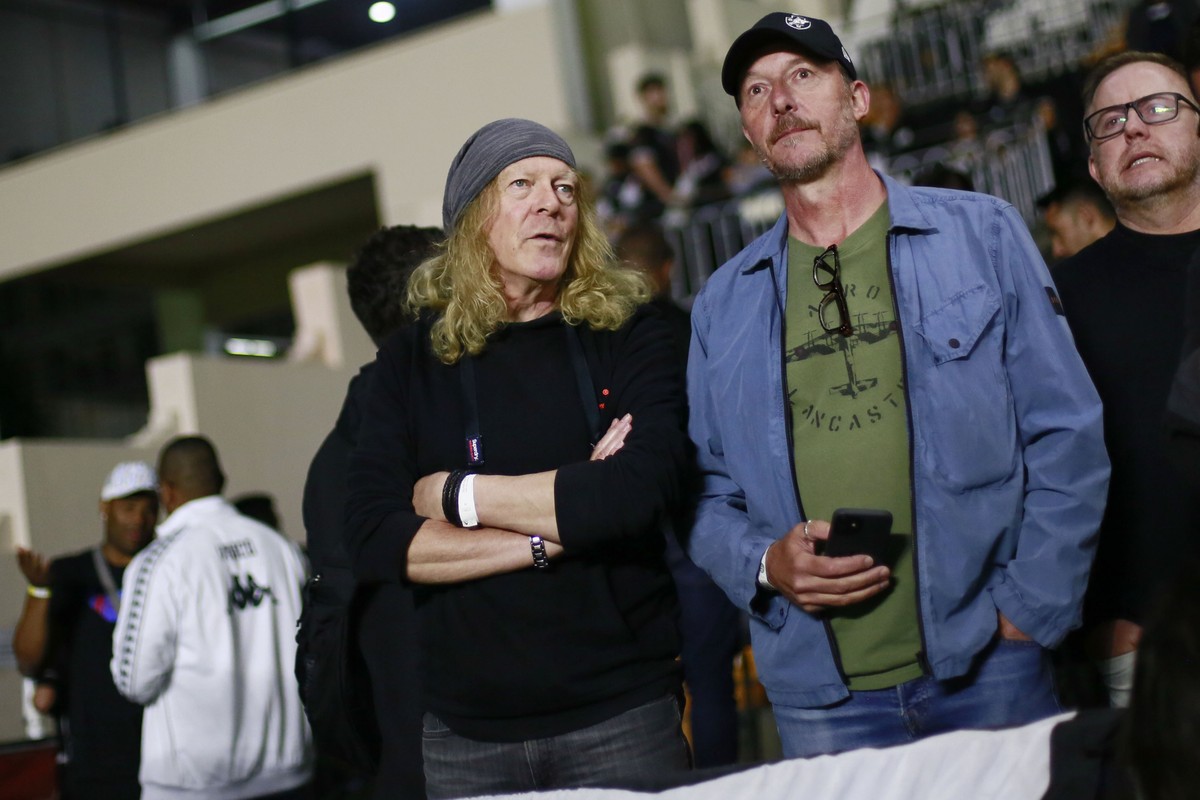 Vasco fans, for years, have among their flags in the stadium the one of Eddie, mascot of the heavy metal band Iron Maiden. On Wednesday night (31), the character who also became the mascot of one of the club’s organized fans won an illustrious company in São Januário: the guitarist Janick Gers went to see the team’s victory over Guarani in the Brazilian Championship Series B.

The band is the main attraction of the first night of Rock in Rio, on Friday (2). On Tuesday night, Iron Maiden played in Ribeirão Preto, in the interior of São Paulo (see photos).

Janick Gers, in a hat, on the tribune of honor in São Januário — Photo: Reproduction

Vasco residents have been identified with Maiden for decades. The story began in the late 1980s, when Força Jovem Vasco, the club’s organized supporters, began stamping Eddie on flags and banners taken to stadiums.

In 2001, when the band was in Rio for Rock in Rio 3, Janick Gers and the legendary bassist Steve Harris were invited to watch the final of the Brazilian Championship at Maracanã, between Vasco and São Caetano. The team from Rio won, was four times champion and images of the stadium, the crowd and even Romário, who scored one of the goals of the game, appeared in Iron Maiden videos.

Legend has it, Harris was going to go on stage at Rock in Rio with Vasco’s shirt, but it was forbidden. A West Ham fan from England, Harris has put his country home in Sheering up for sale. In the photo released, there is a Youth Force pennant in the bar of the residence.

In other trips to Rio, Maiden members are always invited to see Vasco games and usually receive fans’ shirts and the club’s as a gift.

Previous Is “House of the Dragon” inspired by real events? See 7 curiosities
Next Eguinaldo is released from the national team and will defend Vasco against Brusque: “I hope he scores” | vasco