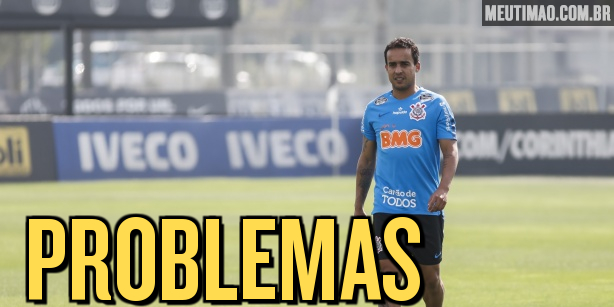 This Wednesday, the Justice of São Paulo denied Corinthians’ appeal and maintained the attachment of part of the financial award of the alvinegro club in the Copa do Brasil in favor of Jadson. The former number 10 shirt has filed a lawsuit against Timão since the end of 2020.

The news was initially reported by the ge.globe. The midfielder has amounts receivable from Corinthians referring to debts for image rights from the time he worked at the alvinegro club. The amount requested by Jadson exceeds R$1.5 million.

Corinthians are in the semifinals of the Copa do Brasil, where they arrived after eliminating Portuguesa from Rio de Janeiro, Santos and Atlético Goianiense. The alvinegro club raised around R$12 million throughout the campaign.

In June, the São Paulo Court ruled that the CBF should block the award and transfer the money from Corinthians’ achievements to a judicial account. The alvinegro club appealed the decision, claiming that the amount was significant and important for Timão’s accounts and made a proposal for the block to be only 5% of the total amount.

Corinthians’ justification was not accepted by Ricardo Pessoa de Mello Belli, Cláudia Gieco Tiebosa and Nuncio Tephilo Neto. They argued that most of Corinthians’ revenue comes from TV rights and that the award revenue is extraordinary, that is, an extra value.

See more at: Corinthians, Jadson and Copa do Brasil processes.