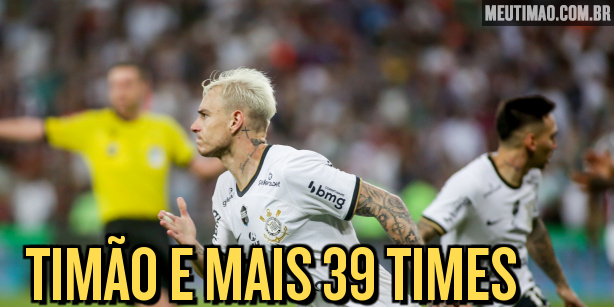 Corinthians notified for investigation of sponsorship contracts of bookmakers in Brazil

Corinthians and the other 39 teams that make up the A and B Series were notified by the Ministry of Justice and Public Security to present the advertising and sponsorship contracts signed with companies in the betting industry. The response period is ten days.

In addition to the clubs, the sports entities that organize 12 state championships, CBF and TV Globo were also notified by the Ministry of Justice. The information was published by sport machine.

According to the report, the initiative is from the National Consumer Secretariat (Senacon), an agency of the Ministry of Justice, intends to find out which companies have formalized contracts with the clubs, all of which are headquartered outside Brazil.

“The issue is that we have a situation of certain legal uncertainty today in Brazil. The federal law of December 2018, which legalized betting activity, had an express provision for regulation until December 2022. And so far there has been no such regulation”, he said. lawyer Udo Seckelmann, a betting expert.

“Will Senacon have access to these contracts to prohibit the sponsorship of these companies? Do they want to further investigate companies that operate abroad? If the company has an option in the country, it is a criminal misdemeanor. It could not”, completed Seckelmann.

It is worth mentioning that the 20 clubs that compete in Serie A have some type of sponsorship from bookmakers. Of these, nine clubs have companies in the industry as master sponsors. This is not the case for Corinthians.

Today, Corinthians is sponsored by the bookmaker Galera.Bet. In men’s football, the sponsorship is valid until July 2025. In women’s football, the company prints the shirt until the end of 2023. On both shirts, the brand is on the shoulder of the uniform.

Fixed odds betting was approved in Brazil by law 13.756/18 and was sanctioned by then president Michel Temer. Regulation by the Ministry of Economy was expected by the end of this year, but has not yet happened.

With the lack of regulation, Brazil has not defined where the sector can operate in the country. Thus, companies that are exploring the branch of activity are operating abroad. As a result, companies cannot establish themselves in the country to better explore the sector; customers are not guaranteed to receive the award and the government loses in tax collection and business generation.

It is important to remember that the sector has been in Brazil for four years and the Senacon investigation to investigate regularities only began in 2022. The agency’s justification is that “the activity may be being explored without proper authorization and without any control mechanism , inspection or accountability”.

See more at: Sponsor of Corinthians.

Previous Who are the characters in the series?
Next Nintendo confirms official arrival of the OLED Switch in Brazil