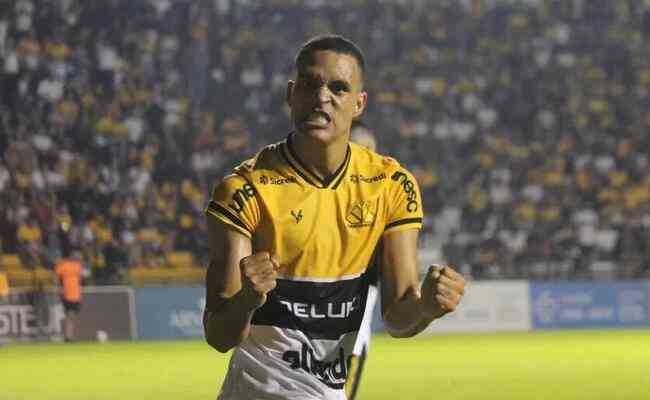 Criciúma loses starting striker for game against Cruzeiro in Serie B

Criciúma will have an important absence against Cruzeiro next Sunday (4/8), at 4 pm, at Mineirão, in Belo Horizonte, for the 28th round of the Série B of the Brazilian Championship. Diagnosed with muscle injury in the adductor of the right thigh, striker Lohan will be out of the Santa Catarina team in the next matches.

With the drop in the squad, coach Cláudio Tencati promoted the return of Caio Dantas to the team. He even scored the first goal of the Santa Catarina team in the triumph over Grêmio. He opened the scoring in the 12th minute of the first half after kicking from outside the area.

To count on Lohan as soon as possible in the sequence of Series B, Criciúma intensified the attacker’s recovery. He is expected to return to training next week.

Hired from América, Lohan arrived at Criciúma in January of this year. However, he only gained Tencati’s trust in the last few games, when he assumed the starting position in the commitments for the Second Division of the Catarinense Championship and also in Serie B.

In 10 games played in Segundona, Lohan scored two goals and assisted his teammates.

Cruzeiro is the isolated leader of Série B of the Brasileirão, with 58 points. The distance to second place Bahia is 11 points. The difference to Londrina, the first team outside the G4, is 17 points. Criciúma is in 9th place, with 37.

Previous ‘Jurassic World: Dominion’ has already grossed nearly ONE BILLION worldwide
Next Have an old iPhone, iPad or iPod? Apple has just released a rare update