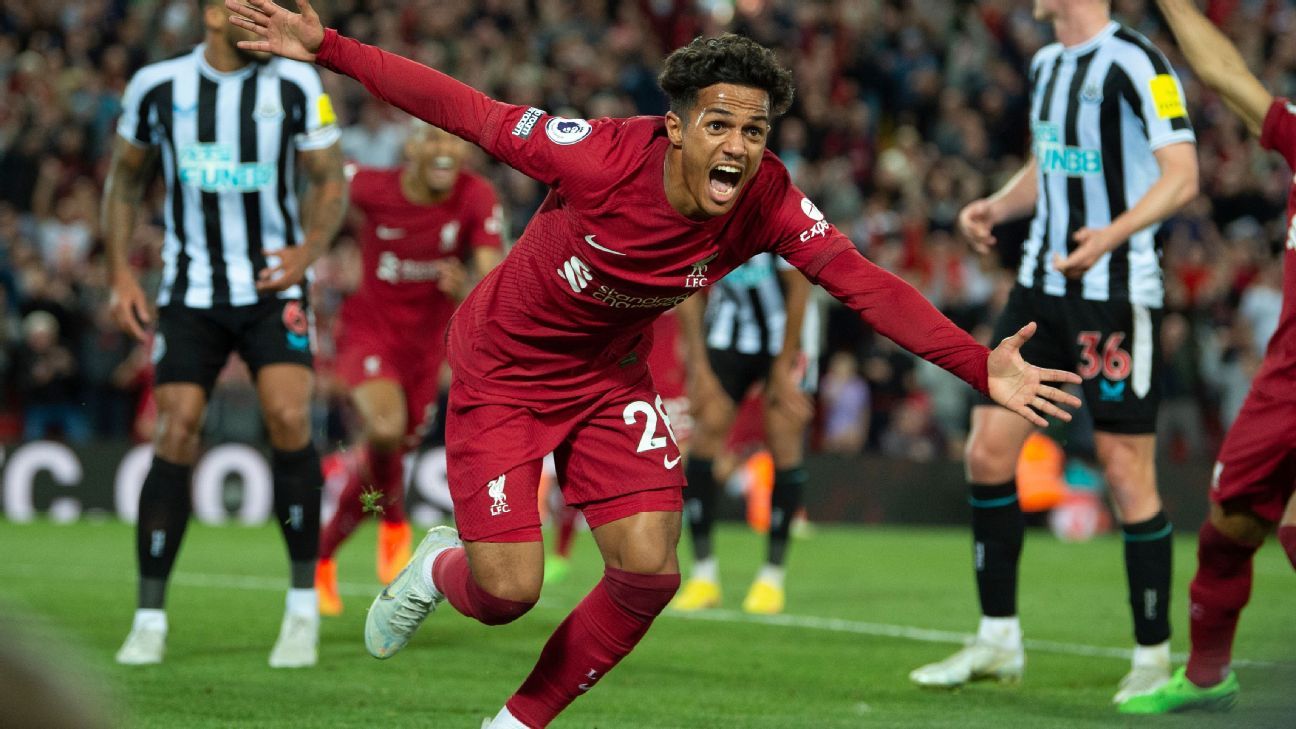 Fábio Carvalho scores in the last bid, Liverpool turns and wins the second in the Premier League

Fábio Carvalho scores in the 52nd minute of the 2nd half, and Liverpool beats Newcastle 2-1 in the Premier League

In his second straight game at Anfield for Premier League, O Liverpool abused emotion to win Newcastle. After falling behind in the first half thanks to a goal from debutant Isak, Jürgen Klopp’s team had goals from Firmino and Fábio Carvalho, the latter in the last kick of the match, to win by 2 to 1 and add three more points in the Premier League.

With the result, Klopp’s team continues to rehabilitate itself after a bad start to the championship. With the three points added, Liverpool reached eight and took fifth place. Newcastle, on the other hand, suffered its first defeat of the season, followed it with six points and is now in 11th place.

Playing in their own style, Liverpool started the first stage in an intense way, always looking for quick plays that put pressure on the opponent. The best chance came with Luiz Díaz, who in the 33rd minute received from Firmino and finished over even with an open goal.

The punishment came in the 37th minute, when Isak received a beautiful pass in the middle of the defense and finished off Alisson to make it 1-0 to Newcastle.

The visiting team had the chance to expand in the 9th minute, when Isak scored his second of the match, but the move was disallowed for offside. It was the cue Liverpool needed to ignite the match. In the 15th minute of the final stage, Salah received on the right wing, crossed low into the area and Firmino took the first to tie the duel at Anfield.

Liverpool’s pressure didn’t have any effect until the 52nd minute, in the last play of the match. After a corner in the area, Fábio Carvalho took advantage and shot to ensure an exciting victory for the Reds.

With the result, Liverpool reached eight points, continues to rehabilitate in the Premier League and occupies 5th place.

Newcastle, on the other hand, lost the first one in the Premier League, took the six points and is in 11th place.

Although Isak scored right on his debut, it is impossible not to highlight the decisive performance of Fábio Carvalho. The ex-Fulham player, Liverpool’s bet for the season, pulled out of his hat a goal that decided the match and could change Liverpool’s course, still by leaps and bounds, this season.

It was bad: Luís Díaz

Despite Liverpool having more of the ball, occupying the attacking field and trying to score at every moment, striker Luís Díaz was the lowest point of the duel. In addition to not being able to follow up on the plays he participated in the attack, the Colombian missed the greatest chance of scoring in Liverpool’s first half, by cleaning the goalkeeper and finishing on top.

Liverpool return to the field next Saturday (3) and will have the derby against Everton ahead, at 8:30 am (Brasília time).

Newcastle measures forces against the Crystal Palace on the same date, at 11 am, in their stadium.

Previous Watch the teaser trailer for the movie with Hugh Jackman – Geek Journey
Next ‘Festival looks should be stylish and comfortable’, says stylist Anna Boogie