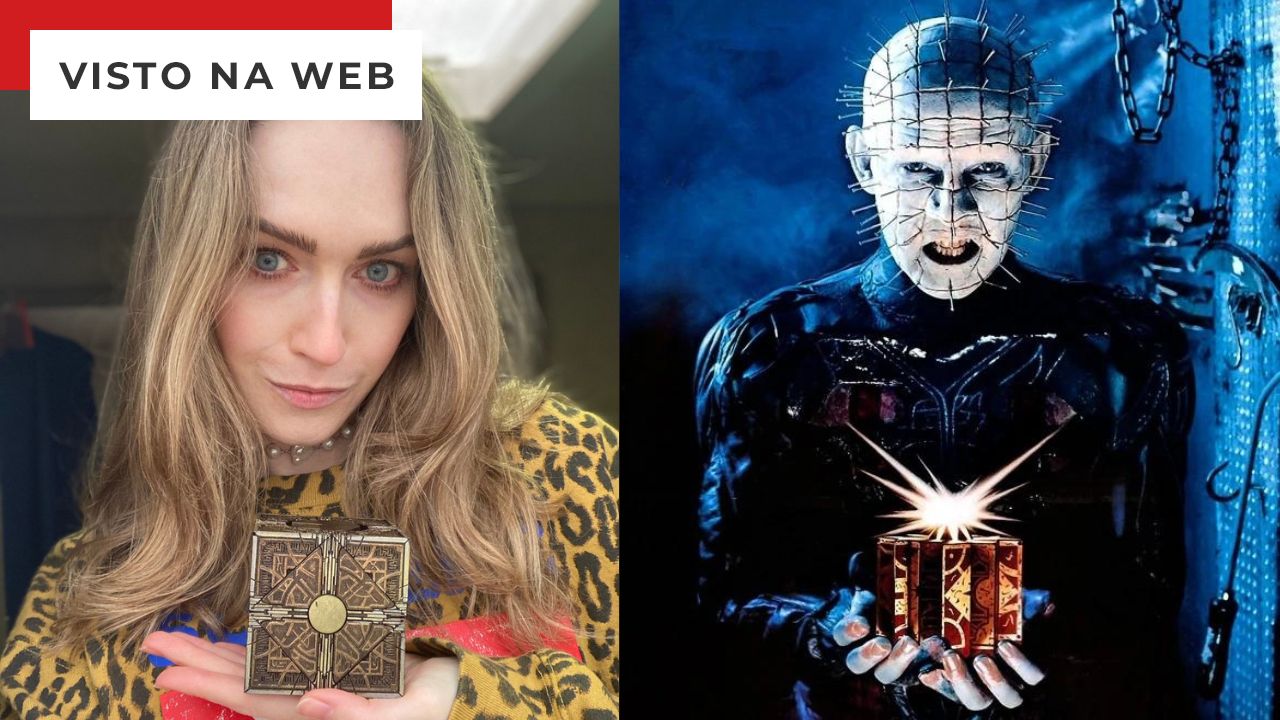 Hellraiser – Reborn from Hell (1987) is one of the horror classics, responsible for introducing the audience to the iconic figure of Pinhead, the Priest of Hell originally played by Doug Bradley. The film will receive a reboot on Hulu on October 7, and the look of Jamie Clayton (Sense8) has finally been revealed taking on the role of Pinhead in the new adaptation of the universe created by Clive Barker.

In unpublished photos released by Entertainment Weekly, we have the first details of the Hellraiser reboot, which will be helmed by David Bruckner, director of The Dark House (2021) with Rebecca Hall. Check out the first image of Jamie Clayton’s look as Pinhead in production:

David Bruckner was a teenager when he first saw Hellraiser, the classic 1987 horror film that showed the Cenobites, extradimensional beings obsessed with pain and pleasure, which are unleashed when someone solves the Configuration of Lamentations, portal box to other dimensions. “It was so visceral and so impactful. It was a movie that really scared me. It’s investigating things that are so troubling that I was almost afraid of the people who created it!” he says of the film’s impact.

What is the story of the Hellraiser reboot?

“This is not a remake,” the director makes clear about his film. “I just don’t think you could remake the original Hellraiser. It’s very own and would, I think, be dangerous territory for filmmakers, because how do you get over that? This is a new story in the Hellraiser universe.”

This story revolves around a character named Riley, played by Odessa A’zion. “It’s the story of a young woman, struggling with addiction and compulsive behavior, who accidentally comes into contact with the box and, unfortunately, starts playing with it. And chaos ensues”, explains Bruckner to EW. Part of this will be the appearance of Pinhead, cenobite leader and iconic horror movie character who will be played in the new version by Sense8 actress Jamie Clayton.

“We felt a kind of anticipation around the fans to reimagine the character,” says the director of casting Clayton, a transgender woman. “We knew we wanted Pinhead to be a woman. Jamie was the right person for the role. A person’s identity can be really exciting for a role in a lot of ways, but I have to emphasize that Jamie absolutely rocked it, that’s how we got there.” . He also reinforces that the actress did not copy Bradley’s outstanding performance in the role.

“What Doug Bradley has done with the character is so iconic. We didn’t want to do a Doug Bradley impersonation, we just didn’t think it was possible. There will be heartache, but you get a sense of what Pinhead’s wishes might be. a way that strikes a little differently.”

reboot of Hellraiser premieres on Hulu on October 7.

Previous Pilot threatens to cancel flight after passenger shares nudes by AirDrop, from iPhone | Tourism and Travel
Next MC launches Cruzeiro’s ‘access music’ in honor of Salom and Pablito