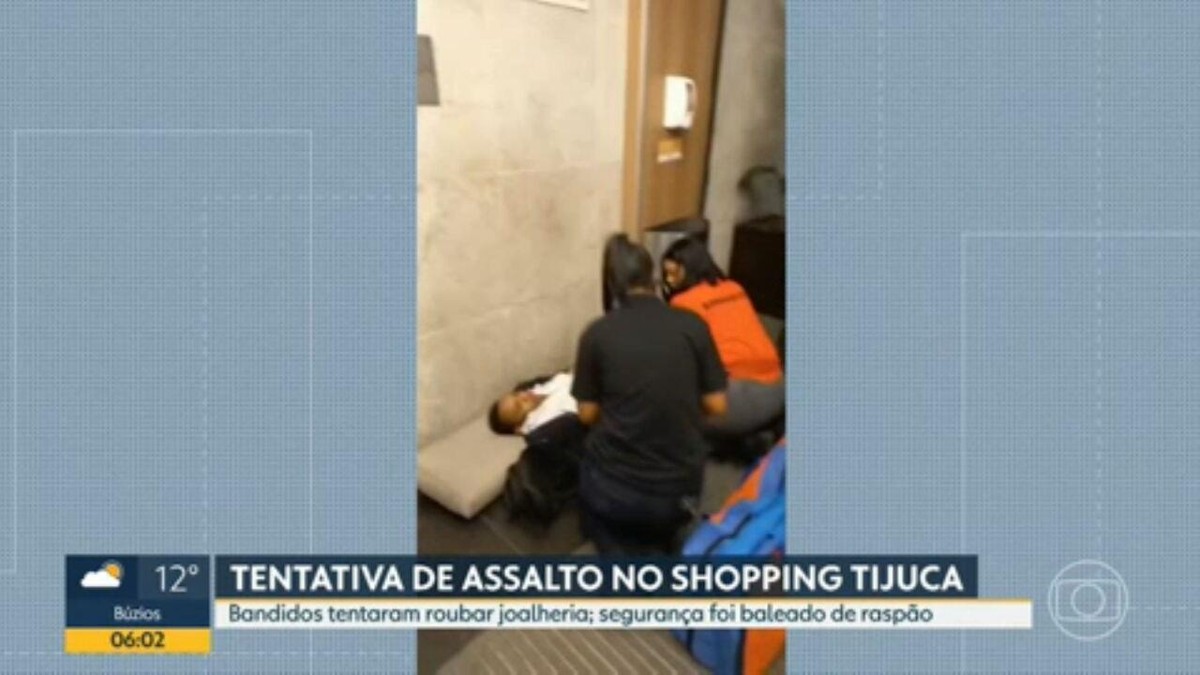 The 19th DP (Tijuca) will listen to victims and analyze security camera footage to find out who were the criminals who tried to rob a jewelry store at the Tijuca mall, in the North Zone of Rio, on Wednesday night (31).

So far, the police station already knows that two men participated in the attempted robbery, which ended with an exchange of fire in the middle of the street, which scared customers and residents alike. A security guard was grazed.

According to investigators, the investigation is already advanced to identify the members of the gang.

This Thursday (1), the police must listen to officials and guards who were in the area at the time the exchange of fire took place.

Videos of witnesses to the shooting show people trying to protect themselves from gunfire and rushing out of stores.

According to reports, thieves tried to rob a jewelry store inside the mall. During the escape, on Rua Enaldo Cravo Peixoto, there was an exchange of gunfire. A security guard was grazed, and one of the shots hit an apartment window.

In one of the videos, a mother asks her son to calm down, who was crying.

Student Guilherme Correia was on the street when the confrontation began. “We saw some guys coming out with guns and shooting towards the other guy. I ran out and entered a store. And we could see the shots, first it was a normal gun and then it was a bigger gun,” he narrated.

The mall’s security guard is Rafael Faria, 30 years old. He received first aid at the entrance of the mall and was taken to the Souza Aguiar Municipal Hospital, in the Center.

Shortly after the shooting, the mall’s management ordered all stores to be hastily closed.