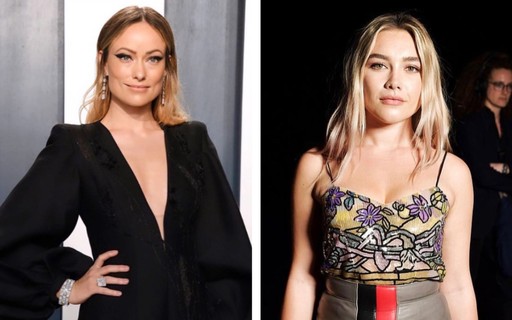 ‘Don’t Worry, Honey’, a film directed by Olivia Wilde, brings in its title something that has been impossible for her: getting rid of worries. Several bullshit surround the backstage of the psychological thriller starring Harry Styles and Florence Pugh, in addition to the director herself, who also stars in the feature.

The information was published by the US Weekly on Wednesday (31). “Florence and Olivia have had a lot of personal and professional disagreements. That’s why Florence isn’t doing any publicity for the film.”

On the 26th, The Wrap revealed that Florence has drastically limited her publicity commitments for the film, which opens on September 22nd; the Marvel actress only confirmed her presence at the film’s premiere at the Venice Film Festival and at the red carpet event. The fact drew attention, since it is unusual for a protagonist to participate so little in this way.

In addition, fans also noticed the little ‘animation’ of the star of ‘Mindsommar’ and ‘Black Widow’ to talk about the film on their social networks. Virtual detectives noticed that the 26-year-old actress did not like or interact with the director’s most recent posts talking about her new project.

It all started with the information from Page Six at the end of last month. Florence Pugh would have been bothered by the make-out between musician Harry Styles, 28, and Olivia Wilde, 38, on set while the director was still married to actor Jason Sudeikis.

“I can say that Flo seeing Olivia and Harry on top of each other on set didn’t go down well as Olivia was still with Jason [Suideikis] when she hooked up with Harry,” a source told the site at the time.

The person says that Olivia’s ex-husband even went to the recording location with the couple’s young children. “Jason and the kids visited Olivia on set a couple of times, so I think all of that made people feel a little uncomfortable,” she added.

These alleged situations were refuted by other sources a few days later.

Already in August, when talking about the project, Florence criticized all the attention that was given to the hot scenes between her and Harry Styles, both in publicity material and in articles and comments on social networks. “When [o seu trabalho] is reduced to their sex scenes, or watching the most famous man in the world fall on someone’s mouth, that’s not why we do it,” he said.

Florence plays a housewife living in an experimental community in the 1950s and soon begins to suspect that her husband’s (Harry Styles) company, involved in the project, may be hiding disturbing secrets.

In addition to all this cold war between the two, there was also the recent controversy involving Shia LaBeouf, who would be the protagonist, but saw his place being taken by Harry Styles.

While Olivia said she fired the actor from her cast, Shia countered and exposed even exchanging messages with her to say that he was the one who asked to leave the cast.

There’s bullshit. Watch the trailer for ‘Don’t Worry Honey’ below:

Previous Earn BRL 75,000 to live on a magnificent island; but that can happen
Next Corinthians side turns to ruu for alleged racial insult against Edenilson