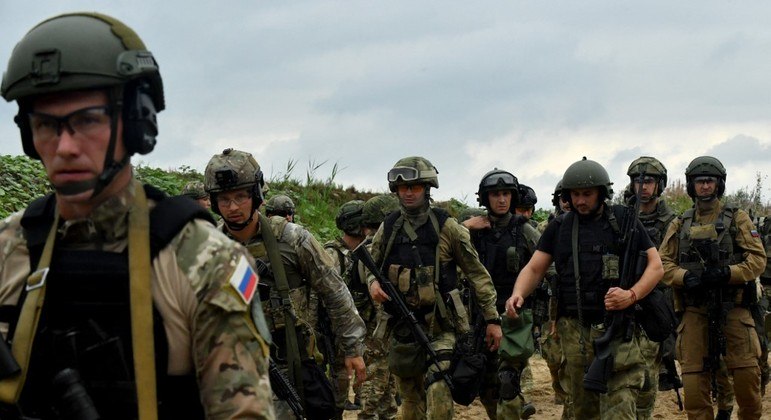 Ukraine’s Defense Ministry published a video last Wednesday (31) in which it uses a World War II-era song to threaten Russian soldiers in the country. In the publication, the folder says that Moscow troops have two options: “run or die”.

The song by humorists Flanagan and Allen, called Run Rabbit Run (Run Coelho Run) was launched in October 1939, a month before Germany’s first air strikes against the United Kingdom. At the time, the song became famous after a German bombing of England hit only rabbits, without any civilian casualties.

From then on, British soldiers and soldiers from other enemy countries of Germany began to use the song to mock Adolf Hitler’s troops and Berlin’s alleged inability to kill rival soldiers, leaving them with rabbits.

Almost a hundred years later, it was up to Ukraine to resurrect music to threaten enemies, this time the Russians. In the video, a series of Ukrainian weapons is displayed with the song in the background.


At the beginning of the published video, the Defense Ministry directed the message to Russian “guests” who are in the Kherson region in the south of the country, where Ukraine has launched a major counteroffensive.

Soon after, a recording is placed of a Russian soldier who made a video on the ground, in which he appears to be wounded. The military says that the Ukrainians are using all the weapons they have and that they had already passed the first lines of the Russian Armed Forces in Kherson.

The United States and the United Kingdom estimate that more than 15,000 Russian soldiers died in Ukraine in the first five months of the invasion. Kiev, for its part, has disclosed in recent days that about 9,000 soldiers have died in clashes with Russian troops.