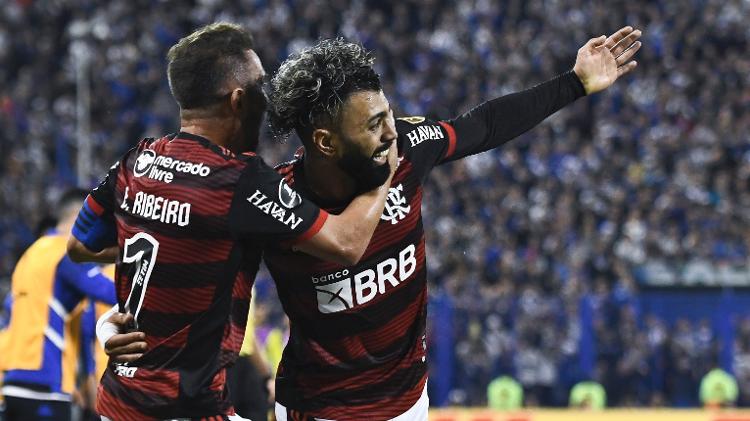 For the first time in Libertadores history, teams from the same country will make the final of the tournament three times in a row. If you believe in Santa Claus or the Easter Bunny, maybe you also believe that Velez Sarsfield can score four or five goals at Flamengo, and not take any, in the semifinal return clash next Wednesday, at Maracanã.

Flamengo will be in Guayaquil (Ecuador) on October 29, against Athletico-PR or Palmeiras, reiterating the Brazilian dominance after the decisions of the 2020 edition, between Palmeiras x Santos, and 2021, which had Palmeiras x Flamengo. The Brazilians are also starting to technically distance themselves from the Argentines, especially River Plate and Boca Juniors, who in recent years have still managed to compete and reach the semifinals and finals of Libertadores.

Last year, when there was the possibility of a semifinal with four Brazilian clubs (which failed with the elimination of Fluminense to Barcelona de Guayaquil), leaders of some countries expressed concern about this imminent Brazilian dominance, which comes down to having much bigger budgets than competitors from neighboring countries.

As the column reported at the time, the question was financial, after all the biggest prizes are paid in the final stages and Brazilians were monopolizing these stages. This, Conmebol must resolve from the next edition, in 2023, which will have new contracts for broadcasting rights and sponsorships starting: there will be a significant increase in the values ​​of quotas, also in intermediate phases.

This should, to some extent, allay any dissatisfaction with the third straight final among Brazilians. Because another alternative, such as creating barriers that oblige teams from the same country to face each other in intermediate stages, is ruled out and for a reason that is connected to the increase in quotas: contracts for broadcasting and commercial rights are linked to mass presence. of the Brazilian market in Libertadores. At the tip of the pencil, having Brazil dominant is good for the confederation’s bank balance and, consequently, for the clubs.

STORY
Libertadores had, in two different moments, barriers that prevented the concentration of teams from the same country in the final stages. Until 1987, the semifinals were played in groups, not in knockout matches, but there was a limit of two or three participants per country, which minimized distortions.

From 1988 onwards, the semi-final became a knockout format, but teams from the same country were prohibited from being together in it. The keys were directed so that they would meet until the quarterfinals, something simple to do when there were no more than three competitors per federation. This ended in the 2000 edition, when the number of participants increased — Brazilians and Argentines now had four seats each.

The problem is that for two years in a row, in 2005 and 2006, the final was between Brazilian clubs, which made the cartology of other countries complain – the clashes were São Paulo x Athletico and São Paulo x Inter. As of 2007, teams from the same country would have to meet up to the semifinals, with direct selection.

As from 2013 to 2016 the semifinals had teams from four different countries, Conmebol decided to abolish this rule for the 2017 edition, which also marked the swelling for 47 participants. It would be unfeasible to create a barrier rule with six or seven Brazilians or Argentines in action, for example.

Previous How could She-Hulk be helping a new group of villains?
Next Casas Bahia makes the biggest sale in Brazil in September