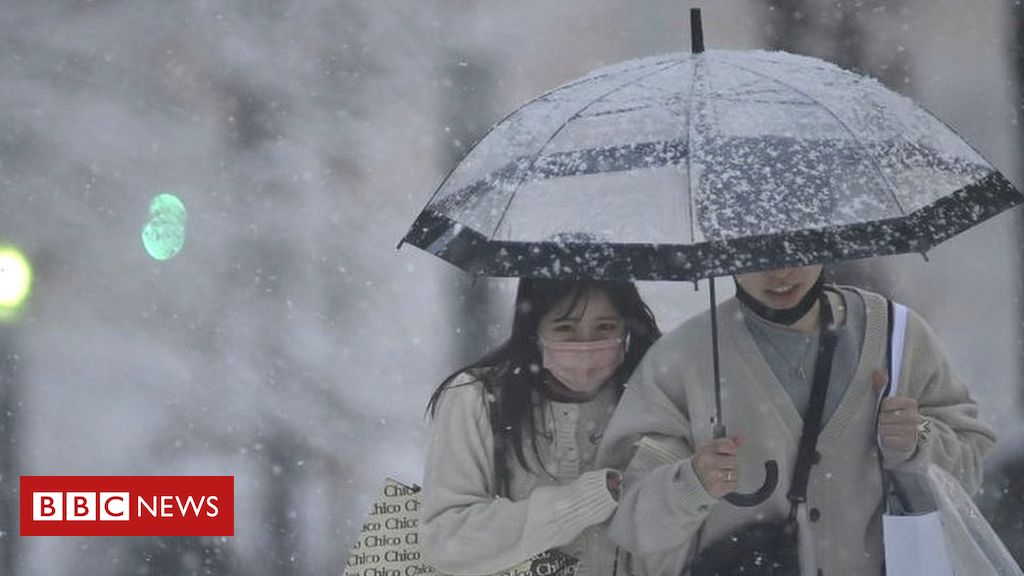 In May, a top health ministry official told parliament he was finally ready to approve an abortion pill made by British pharmaceutical company Linepharma International.

But he also said women would still need to “get their partner’s consent” to be able to take the drug — a condition that pro-choice activists called patriarchal and outdated.

Drug-induced abortions, using pills instead of surgery, were legalized in France 34 years ago. The UK approved the practice in 1991 and the US in 2000.

In many European countries, this is now the most common way to terminate a pregnancy — pills account for over 90% of abortions performed in Sweden, and around 70% in Scotland.

But Japan, a country with a poor record on gender equality, has a reputation for being extremely slow to approve drugs related to women’s reproductive health.

Activists quip that the country took 30 years to approve the birth control pill, but only six months to approve the Viagra pill for male impotence. Both became available in 1999.

And the birth control pill still has restrictions, making it expensive and difficult to use.

It all goes back to how abortion became legal in Japan.

In fact, Japan was one of the first countries in the world to pass an abortion law, in 1948.

But it was part of the Eugenics Protection Act—yes, that was the name. It had nothing to do with giving women more control over their reproductive health. Instead, it was about preventing “inferior” births.

Article 1 of the law says: “To prevent the birth of inferior offspring from the point of view of eugenics and also to protect the life and health of the mother”.

But many aspects of the old law remained. So, even today, women who wish to have an abortion must obtain written permission from their husband, partner or, in some cases, their boyfriend.

She became pregnant after her boyfriend refused to use a condom during sex. Condoms are still the main form of birth control in Japan.

Ota says he refused to sign the document that would allow her to have an abortion.

“It’s weird that I have to ask him to use contraception,” she says.

“And after he decided he didn’t want to use a condom, I needed his permission to have an abortion.”

“The pregnancy happened to me and my body, but I need someone else’s permission. It made me feel powerless. I couldn’t make a decision about my own body and my own future.”

Unlike in the US, views on abortion in Japan are not motivated by religious beliefs. Rather, they derive from a long history of patriarchy and deeply traditional views on the role of women and motherhood.

“When a woman becomes pregnant in Japan, she becomes a mother, she ceases to be a woman. Once you are a mother, you must give up everything for your child. It’s supposed to be a wonderful thing. It’s your body, but once you get pregnant, it’s not your body anymore.”

Getting an abortion pill can also be difficult and expensive — the estimated cost is around $700, as it likely involves admission to a hospital or clinic — something the medical community in Japan says is necessary to protect health. of the women.

“In Japan, after taking the abortion pill, you have to stay in the hospital, so we can monitor the patient. It takes longer than a traditional surgical abortion,” explains Tsugio Maeda, deputy director of the Japan Gynecological Association, to BBC.

In many other countries, including the UK, women are allowed to take abortion pills on their own at home.

“The Maternal Health Protection Act says that an abortion must be performed in a medical facility. So unfortunately, under the current law, we cannot sell the abortion pill over the pharmacy counter. It would be illegal,” adds Tsugio.

Women’s sexual health activists say this has less to do with medical science and more to do with the medical community protecting a profitable business.

“I think a lot of decisions are made by men who are older and with bodies that will never carry a child,” says Asuka Someya, a sexual health activist who runs her own NGO.

According to her, there is still enormous resistance from the male-dominated Japanese establishment to make abortion more accessible.

The argument is that if you make abortion accessible to women, the number of women opting for the procedure will increase. So, they make the process difficult and expensive.

But, as evidence from other countries shows, this will only limit women’s choices and increase their suffering—not lead to fewer unwanted pregnancies.

Ultimately, says Asuka, the answer lies in better sex education and in Japanese women taking control of contraception rather than relying on men to use condoms.

In Europe, the birth control pill is the most common form of birth control. In Japan, it is used by only 3% of women.

“I want more policy to be made by listening to the voices of girls and women,” adds Asuka.

*Some names have been changed to protect the identity of sources.