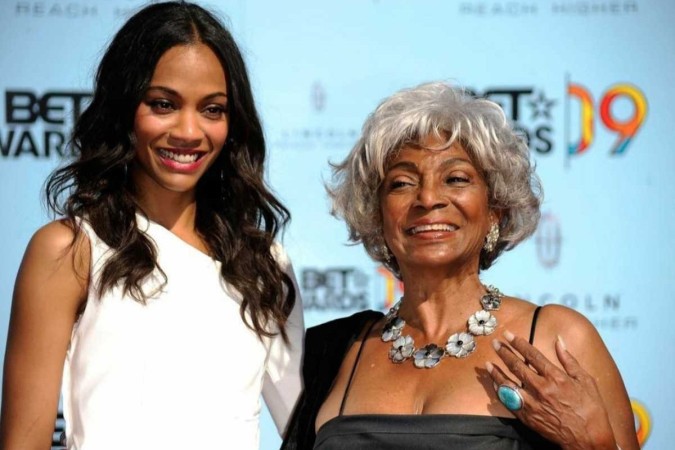 Guardians of the Galaxy actress Zoë Saldaña, who also played Nyota Uhura in the franchise’s latest trilogy star trek, paid tribute to colleague Nichelle Nichols on Instagram. Last Saturday (7/30), Nichols passed away, aged 89, of natural causes. She was the one who gave life to Nyota Uhura in the original series of the franchise, which premiered in 1966. Zoe was Nichols’ successor in the character and spoke about the support she received in playing her.

“Meeting Nichelle was truly a special moment in my life. Her energy was contagious whenever I was in her presence. She convinced me to believe anything was possible,” Zoe wrote. “I knew I had big shoes to wear when I was chosen to play Uhura, and Nichelle made me feel safe, she told me to play her with all the confidence in the world,” she added.

The actress also spoke about the importance of black visibility: “She’s an icon, an activist and most importantly an amazing woman – who blazed a trail that showed so many how to see women of color in a different light.” Nichols is much credited for the scene that marks one of the first interracial kisses on American TV. The moment occurred between Lieutenant Uhura and Captain Kirk (William Shatner).

Zoë also highlighted the importance and desire to preserve Nichelle’s memory: “My hope is that we will continue to keep her memory alive by celebrating her incredible body of work and spreading the message of peace and equality among all people.” And she concluded: “It will be difficult to forget what she said and what she did, and it will certainly be impossible to forget how she made us feel. Rest in power, Queen Michelle.”