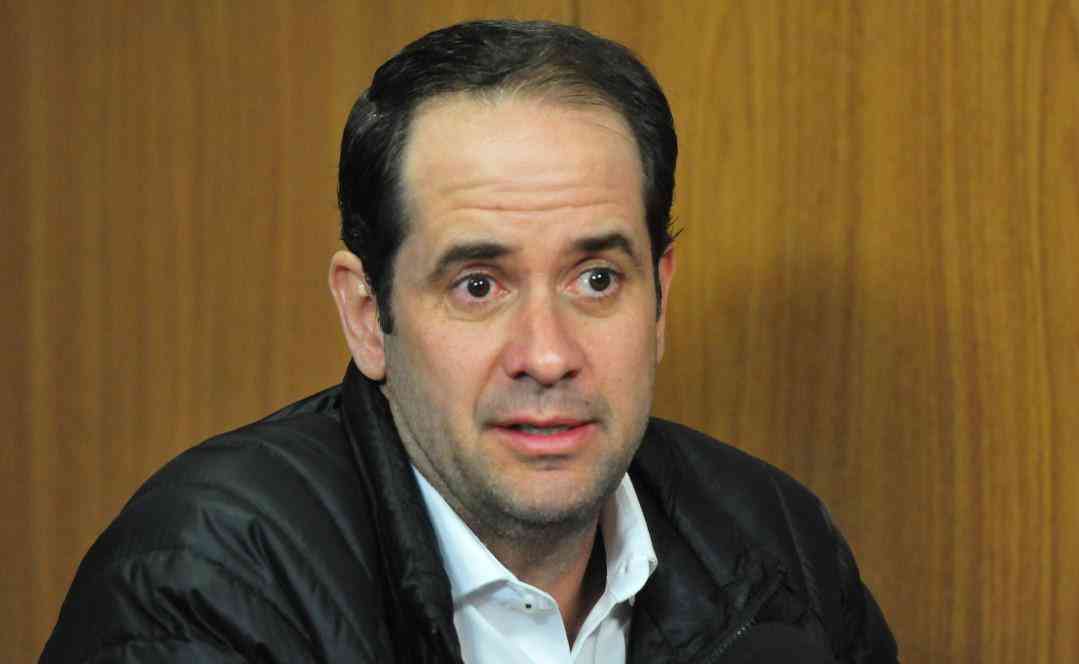 CEO of Arena MRV and Atltico, Bruno Muzzi once again explained the reasons that promoted increases in the costs of the works of the stadium and revealed the total updated value of the construction. In relation to the initial budget, which foresaw an expense of R$ 410 million, the works started to cost R$ 950 million.

Commenting on the increase in the cost of works on the future Casa do Galo, Bruno Muzzi recalled the initial budget of R$ 410 million. The manager explained that this was a basic project, without even taking into account the technological facilities that Arena MRV will offer fans.

“Back then, it was BRL 250 million (from the sale of 49.9% of the Diamond Mall), R$ 60 million (sale of naming rights acquired by MRV) and R$ 100 million (sale of captive chairs). At that time, the projects were conceptual. It was a 41,000-seat arena. With the passing of the licensing process and until the beginning of the works, these 410 became R$ 650 million. And why this difference in value? Because we have financial correction, from the INCC (National Construction Cost Index), there is inflation for the period that the INCC does not correct. Inflation was much higher. We have projects that were arriving at an executive level, so that we could actually pray. We’ve had several design modifications with improvements. Many improvements. And we also had several legal requirements for the execution of the project”, he explained.

Costs with changes in the structure

Acoustics, detention boxes, reinforcement of the esplanade slabs, foundation blocks, piles, bathroom cabin doors, passive protection in the structure and type of coverage. All these elements underwent changes in relation to the initial design of the MRV Arena and caused an increase in the total cost of the works.

“Like, for example, acoustics. During the licensing process, it was necessary for the Arena to have acoustic protection. The detention boxes, which were boxes that emerged in the licensing process. They are two million liter boxes. R$ 6.7 million reais. We had the slabs of the esplanade reinforced. The City Hall demanded that we have, in the stairwells, a green area around it. It was one of the biggest discussions I had, because within the land, we already have a conservation area. The slabs went from 21 cm to 26 cm thick. I had to reinforce the foundation blocks and the piles below to be able to support this additional load – it went from 600 kg per square meter to 1,300 kg per square meter”, said Muzzi.

“The cabin doors were increased to 80 cm. The relocation of the access stairs to the radio cabins, required by the Fire Department. We had to provide passive protection to the structure, in places that we thought we didn’t need. The type of coverage Also, in addition to the acoustics, because it was in TPO blanket and we need to make it in metal tile. So, we had these changes in materials and projects and still in the middle of a pandemic”, he added.

With the Covid-19 pandemic and the war between Russia and Ukraine, several countries in the world suffered from the effects of high inflation. It was no different in Brazil. The increase in prices also impacted the construction sector and, obviously, Arena MRV was affected by this.

“We went through a period of very high inflation all over the world. We had a lot of problems with material increment. For example, steel is a cool example. I bought 12 thousand tons with the first money I received from Multiplan ( around R$30 million). took many measures in advance to control this, but not everything we managed”, recalled Muzzi.

The workforce, especially during the first months of the pandemic, also became a challenge in the process of building the Atletico stadium. According to Muzzi, the partner companies “could not mobilize people”.

“We had an increase in labor costs, because the companies were not able to mobilize people. So, adding up inflation, contractual correction, the changes we made to the project to improve it, the legal requirements, we reached this figure of R$ 650 million. You add BRL 100 million, which was our choice, from the technology journey. We couldn’t deliver an arena in 2023 without exploring that. Otherwise, we would deliver a 2000s stadium: no connectivity, no wifi, no screen, nothing. In the conceptual design, there was none of that”, he justified.

In addition to the “technology journey”, the works on the MRV Arena also included environmental, social and future compensation, which increased the total costs – and a lot -. With other expenses, the amounts currently reach R$ 950 million.

“Another R$ 150 million in environmental, social and future contributions, which are in addition to those necessary for the implementation of the architectural project. We are already talking about R$ 900 million. And we have R$ 50 million in other expenses, which are licensing processes , expropriations for future works. A series of costs. Today, we are talking about a project worth R$ 950 million. This is the estimate”, concluded Muzzi.

Previous Apple TV Plus: The September 2022 releases
Next PS VR2 should make it easier to port games from other platforms