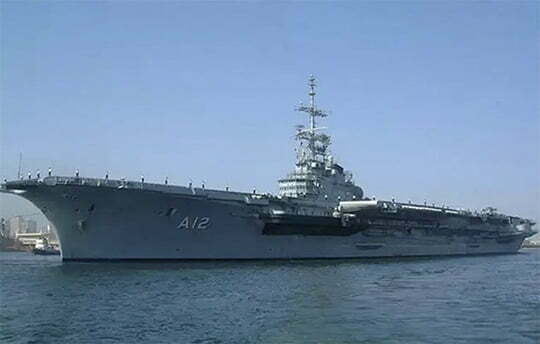 The purchase of the Brazilian aircraft carrier São Paulo was a gross mistake by the Brazilian Navy. He arrived in the country in 2001. And he operated for a short time. In 2004, a steam main duct exploded, killing three crew members and injuring seven others. Unable to undergo renovation, they offered it to the market as scrap. For R$ 10.5 million, the shipyard Sök Denizcilik and Ticaret Limited won it. But still, she was turned away from the ball and refused by Turkey where it would be dismantled in the world’s largest ship graveyard.

According to the matter of www.redebrasilatual.com.br security engineer Fernanda Giannasi declared that this is an “international vexation in which we are involved with the Turkish government’s ban on the São Paulo aircraft carrier, irregularly exported for scrapping.”

Because? Well, the huge ship is at the same time a huge deposit of carcinogenic material, refused even by cemeteries. Let me explain: the aircraft carrier is full of asbestos.

Asbestos, or asbestos, banned in over 70 countries

according to National Cancer Institute, ‘Asbestos (or asbestos) is a fiber of mineral origin widely used in the fiber cement sector, in addition to products for environmental sanitation and non-combustible textile products’. However, ‘it accounts for the majority of occupational lung cancers and a third of all work-related cancers’.

Finally, the use of asbestos is banned in over 70 countries. In Brazil, in 2017, the Federal Supreme Court also banned the material in the national territory. Similarly, the Basel Convention on Control of Transboundary Movements of Hazardous Waste and its Disposal considers asbestos waste to be hazardous.

Everyone knows, except, apparently, IBAMA

Everybody knows it. Except, apparently, the current Ibama. The agency gave authorization for the sale of carcinogenic scrap to, 6,000 miles later, go back.

According to www.redebrasilatual.com.br, Fernanda Giannasi declared that ‘Ibama even authorized the departure of the vessel, but now it “sends the vessel to return to be ‘de-Asianized’ in Brazil”. And she added: “Attestation of the highest incompetence and irresponsibility of Organs environmental agencies of the (DES) Brazilian government.” (Original spelling by the engineer).

Near the Strait of Gibraltar, towed (by the Dutch tugboat ALP CENTER), and simultaneously monitored by environmental NGOs such as the Greenpeacethe ship whose authorization was approved by the bewildered (since Ricardo Salles passed by the herd) Ibama in July 2022, had to make a long journey home exposing the country once again.