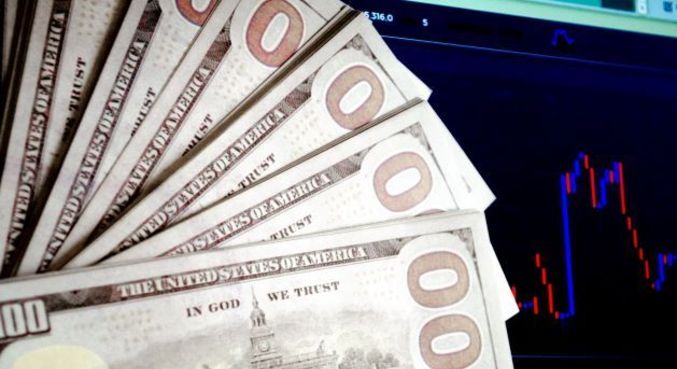 As growth of 1.2% in the second quarter As of 2022, the progress of the Brazilian economy has surpassed that of countries that make up the group of seven richest nations, such as Germany, Canada, the United States, France, Italy, Japan and the United Kingdom.

GDP (Gross Domestic Product) — sum of all goods and services produced in a nation — both of US and UK suffered an economic contraction of 0.2% and 0.1%, respectively, while in Germany there was a slight increase of 0.1%. In Japan and France, GDP grew by 0.6% and 0.5%, respectively.

In Brazil, it was the fourth consecutive positive quarterly variation, as a result of the R$ 2.404 trillion reached between April and June.

With this, the country reached the seventh position among the highest results of the second quarter of 2022. According to the Austin Rating ranking, since the fourth quarter of 2021 Brazil has been among the ten countries with the best performance. In March of this year, it was in the tenth position.

For Juliana Trece, a researcher at Ibre FGV (Brazilian Institute of Economics at Fundação Getulio Vargas), growth was strong, as expected, according to indicators such as the improvement in the job market, which ends up contributing to this economic performance. But the perspective is for a slowdown in the last six months of the year.

“I believe it had an impact, but we should have a slowdown in the economy in the second half of the year. As much as Brazil has grown more in the second quarter than some advanced economies, we see that the projection for 2022 is in line, more or less similar to that of other countries. The United States had a decline and we had growth. But, for the year, we are projecting 2%, maybe a little more. And the US is also around 2.6% “, assesses the economist.

The positive result confirms the improvement in financial market expectations regarding the growth of the national economy this year. The latest release from the BC (Central Bank) shows that GDP will close 2022 with a rise of 2.1%. But new revisions to projections for this year already indicate growth of 3%.

The expectation for next year, according to the economist, is of difficulties in the economy, due to the imminence of a global recession. “We are seeing that many countries are increasing interest rates, and this affects economic activity and should make the economy of the whole world slow down. For example, in Brazilian exports, our biggest trading partner is China. China will slow down, we will feel it in our economy. This is something structural that, for the coming year, we must face this difficulty.”

She explains that in the second half of the year, economic activity is not expected to grow in the same way as in the first six months of the year, because much of this growth was due to the normalization of the economy due to the end of restrictions caused by the Covid-19 pandemic.

“The economic reopening ended up boosting pent-up demand. But, on the other hand, the interest rate has already been high in Brazil since the beginning of the year and we have a delayed effect on economic activity. This we should feel in the third quarter and even more strongly in the fourth quarter, which ends up impacting the investment rate a lot. The investor stops acquiring new goods and increasing production capacity. With high interest rates, he reduces the impulse because it becomes more expensive to acquire these goods or hire new employees, for example”, explains Juliana.

Economist Rodolfo Margato, from XP, states that there were a series of positive surprises with the GDP result, of 1.2%, above the 1% projection and the 0.9% market consensus, in addition to being a widespread growth among the components.

In his opinion, the main factors that explained this good growth in Brazil in the last quarter were the solid recovery of the labor market, the economic reopening with positive effects on some activities of services provided to families, transportation and storage, among others, and the short-term fiscal incentives, such as the release of the extraordinary withdrawal of the FGTS, the advance payment of the 13th salary to INSS policyholders and a new payment schedule for the salary bonus.

In general, according to him, this performance above other economies, even developed countries, reflects the current moment, with the strength of the labor market, fiscal stimuli and the reopening, which end up boosting the sectors.

“Unlike last year, we did not face a water crisis, drought or other negative shocks, which we see other regions facing, such as the Eurozone, with a serious energy crisis related to gas supply, or in China, with drought problems. , Covid-19 outbreak and contagion containment policy. Just a few factors to explain differences in this most recent dynamics of Brazil’s GDP versus other regions”, analyzes Margato.

For him, the outlook until the end of 2022 has an upward bias. The current projection is 2.2%, but will be revised to stronger growth, between 2.5% and 3%, following the information released on the second quarter national accounts. Despite this, a slowdown in the pace of growth is expected in the second half of the year.

Data from the System of Quarterly National Accounts also show that the national GDP is in the second highest level of the IBGE’s historical series, only behind that reached in the first quarter of 2014.

Economist Bruno Imaizumi, from LCA Consultores, considers that the comparison between countries is difficult to make, especially in a short period. He explains that developed countries managed to recover from the pandemic before, had some smaller drops and recovered better in 2021. In the case of Brazil, this result is more positive because there was a remnant of economic reopening in 2022, that is, services only recovered more strongly this year. Consequently, this affects GDP.

“And there is also the issue of federal government measures in an election year, which artificially stimulate activity and reduce inflationary pressures. We are talking about various measures that injected public money into the economy without thinking about the fiscal issue, which has helped GDP to grow more in the year 2022, with a worse expectation for the year 2023”, says Imaizumi.

Previous How to protect my cell phone from intrusion?
Next ‘The Walking Dead’: Title and Official Synopsis for the Series’ Final Season Released