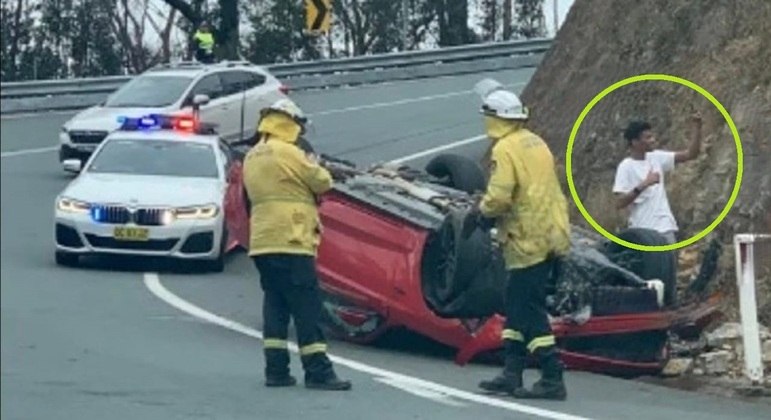 A young driver has been labeled an “idiot” by netizens after the above image was shared on a Facebook group. According to the post, the selfie in question happened moments after his car flipped around a bend in a highway, which connects the capital Canberra to the city of Batemans Bay, Australia.

The accident was confirmed by local police to Yahoo News Australia. Authorities, an ambulance and some firefighters were sent to the scene to help the young man, who apparently emerged unharmed and indifferent to the incident.

The attitude did not go unnoticed by the “court” of the web: “This is what happens when they get a driver’s license without a driving test”, fired one user. “Wouldn’t be taking thumbs-up selfies if someone was seriously injured or dead,” speculated another.


Worth the click: Young woman gets ‘zombie eyes’ after eyelash extensions: ‘I thought I would go blind’

According to the Australian publication, a second photo was even shared in the comments of the post, a screenshot in story format. In it, the driver appears smiling in front of the scene, which provoked even greater revolt.

“What an idiot!” wrote one citizen. “If I were there with the emergency services, I would take that phone out of his hand,” he said.

In addition, some “web detectives” noticed that the “road was dry”, which could be an indication that the young man “was speeding”. However, this information has not been confirmed by the competent authorities.


Already an artificial intelligence created art based on the latest selfies of humanity. Check it out below!