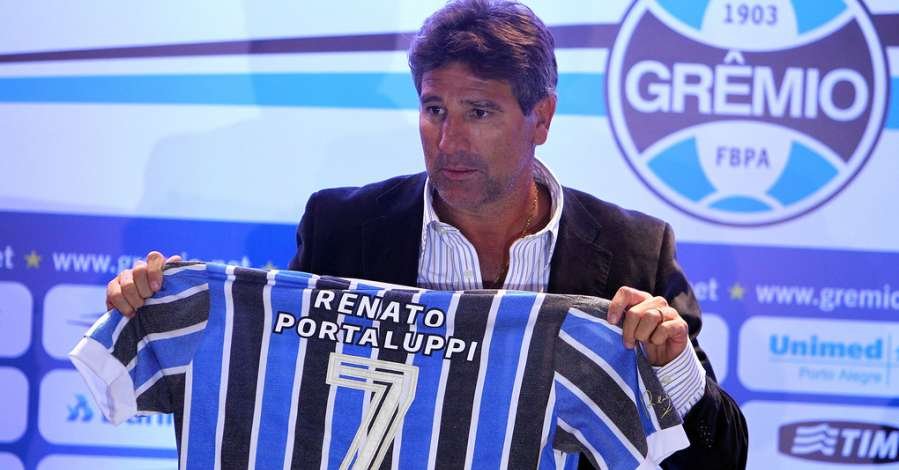 Grêmio announces return of Renato in place of Roger Machado

It ended abruptly and even surprisingly this Thursday the second spell of coach Roger Machado at Grêmio. It ends when a new cycle of idol Renato Portaluppi begins. The 2017 Libertadores champion coach returns as an answer to try to stop the bad phase and return the club to Serie A

Presented at the beginning of the Campeonato Gaúcho with the aim of bringing the Tricolor back to Serie A for 2023, Roger could not resist the pressure after four games without a win in Serie B. fair.

Grêmio also announced changes in the football department. The club announced the departures of Dénis Abrahão and Sergio Vasques from the roles of vice president and director of football in their respective portfolios.

In a note, the club thanked the work provided by Roger, his assistants, Dénis and Sérgio during the period they were at the club. He also wished him luck in his next challenges.

Roger started to be challenged especially by the negative sequence away from home, where the team’s posture has been different. However, even at home, the performances were no longer convincing.

Last Friday, in the 1-0 defeat against Ituano, the relationship seemed to “sour” once and for all. After the final whistle, in addition to the boos, the crowd shouted the name of former coach and idol Renato Portaluppi, responsible for the last great achievements of Grêmio between 2016 and 2018.

Renato arrives for the fourth time in the technical command of Grêmio. During the four years he was ahead, he won the titles of the 2016 Copa do Brasil, the 2017 Libertadores, the 2018 Recopa Sudamericana and the 2018, 2019 and 2020 Rio Grande do Sul titles.

President Romildo Bolzan Jr. will give a press conference this Friday, at 11 am, at the Arena. He will talk about the changes in the Club’s Football Department.

Renato debuts in the technical command of the team against Vasco, at the Arena. The team should be coached by the interim Cesar Lopes in this Friday’s match, against Vila Nova. The duel takes place on Friday, at 21:30, at the Arena.

Grêmio published, early this Thursday night, shortly after the announcement, a video in which he talks about Renato’s relationship with the club. Under the heading “He has returned”, it illustrates with an ancient statement from the idol. In it, Renato states that Grêmio does not call him, but “summons”.

Check the special opening hours of the services offered in Araraquara In: Araraquara newsroom December …