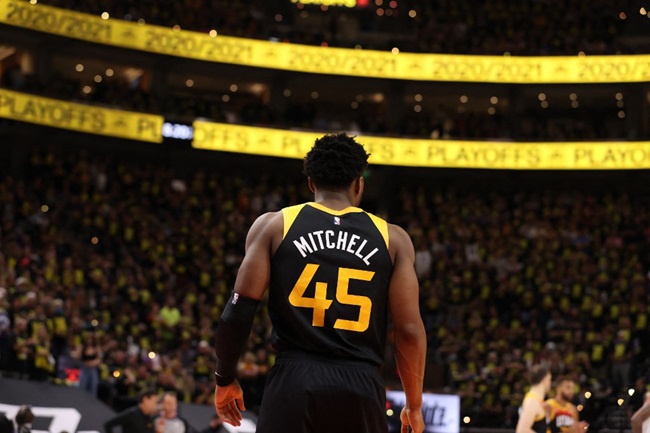 In exchange with the Jazz, Cavs receives star Donovan Mitchell

The Cleveland Cavaliers surprised everyone. According to journalist Adrian Wojnarowski, from ESPN, the Cavs traded with the Utah Jazz involving star Donovan Mitchell. In return, the Jazz received Collin Sexton, Lauri Markkanen, Ochai Agbaji, three first-round picks and two switch options. picks. That is, the Utah team will have the right to reverse the choices with the Cavaliers.

Mitchell was the Jazz’s main player for the past few years, but the team went into a roster reshuffle. First, center Rudy Gobert left for the Minnesota Timberwolves in return. Meanwhile, coach Quin Snyder has stepped down. The Salt Lake City team is now expected to trade forward Bojan Bogdanovic and point guard Mike Conley.

Recently, the Jazz made a trade with the Los Angeles Lakers. Then, Patrick Beverley, who arrived in the negotiation of Gobert, went to the Californian team. As a result, forward Talen Horton-Tucker and forward Stanley Johnson arrived.

On the other hand, Jazz has always been one of the most interested in receiving Sexton. With no contract with the Cavs, the guard asked for an extension of $80 million for four years, while the team offered no more than $40 million for three seasons. As a result, its contractual status became an asset for the board, which was thinking of using a sign and trade in the market. That is, the Cavaliers would have to sign the athlete and then he would leave in exchange.

Exactly as it was now. But Sexton got almost what he wanted. With the new deal, he will receive $72 million over four years.

The Cavaliers’ idea was always to keep Caris LeVert, so the team was looking for a winger or guard. The trade involving Donovan Mitchell to the Cavs places the team among the top contenders for the top spots in the Eastern Conference. He will play alongside Darius Garland, who attended last season’s All-Star Game, forming one of the league’s best play duos.

The Salt Lake City team was already preparing for the tank, but depended on the trade of Donovan Mitchell to materialize their situation and the Cavs appeared as a solution. First, because the New York Knicks, the team that was most interested in the athlete, made several offers for the athlete. However, the Jazz management always rejected or asked for different players.

Last Monday, the Knicks and Jazz set a deadline for the negotiation to take place. As there was no agreement, the Knicks renewed with winger RJ Barrett. However, even so, the New York team still dreamed of the star.

Now, without Gobert and Mitchell, the Jazz still have parts to trade until the start of next season, such as Bojan Bogdanovic and Mike Conley, but other athletes who arrived in the trade with the Timberwolves may also leave.

With Donovan Mitchell and Darius Garland (who recently renewed), the Cavs still have Jarrett Allen and Evan Mobley in the paint, while Caris LeVert will be the winger. The Cleveland team is much stronger on paper and aims to fight for the top spots in the East.

Meanwhile, on the bench, the Cavaliers have Brazilian Raul Neto, who has played alongside Mitchell in Jazz for two seasons. In addition to him, are point guard Ricky Rubio (another who played with Mitchell), Isaac Okoro, Cedi Osman, Kevin Love and Robin Lopez.

Therefore, strong squad the Cavs have in 2022/23 to stay at the top of the table.

Previous Serie B: Check the chances of access after the 27th round
Next Prime Video releases official trailer for its new original film; Check out!