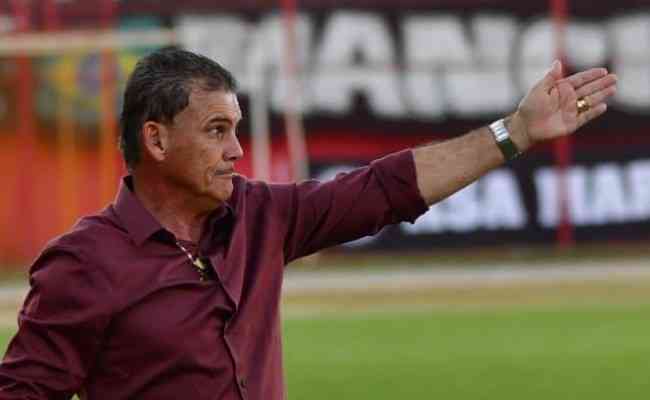 The victory of Pouso Alegre over ASA-AL in the quarterfinals of Serie D of the Brazilian Championship stamped Pouso’s passport to the semifinals and guaranteed a spot in Serie C 2023. The coach of the Minas Gerais club, Paulo Roberto dos Santos, won the 14th access of the career and the second only this year. In early 2022, the commander classified So Bento for the 2023 Paulista First Division.

Paulo Roberto’s first accession in command of a team was at Pouso Alegre, in 1988, when the club advanced to the Primeira Diviso do Mineiro.

Two hits in one year

Paulo Roberto won four accesses with So Bento. In 2014, he took the team to the First Division of the Paulista Championship. In the Brazilian Championship, the accesses were consecutive. In 2016 they moved up to Serie C and in 2017 to Serie B. In 2018, the coach left the club. The return to command of the team in 2022 marked the achievement of access to the First Division of Paulisto.

To supersportsthe coach reported on the campaign project for the São Paulo team and the Minas Gerais team.

“I returned to So Bento de Sorocaba at a very difficult time for the club. The team had been relegating three or four, practically consecutively, between national and state competitions. The team was in a downturn, with a lot of distrust on the part of the fans and the press. This greatly increased the degree of difficulty in our conquest of So Bento.”, explained the commander.

The 61-year-old coach arrived at Pouso Alegre after the team finished the 2022 Campeonato Mineiro in 10th place. The team was saved from relegation on goal difference.

For Paulo Roberto, the access of So Bento and Pouso Alegre are similar, although they were achieved in different competitions. The coach spoke about the difficulty of taking on projects that came with negative expectations.

“I think the two conquests have very similar factors. Pouso Alegre was also coming from a state championship with an almost relegation. The team came from a campaign where things didn’t work out, they didn’t work out. Series D, we had no participation in the assembly of the cast.”, said the technician, about the beginning of the work.

“We had to, all of a sudden, make some changes with the championship in progress, change some parts, detect some situations that would not be good for the continuation of the work, for the objective of the board within the competition. Some changes were made, some players left , others arrived.”, he added.

After the struggle in the Campeonato Mineiro, Pouso Alegre adopted a new job to change the team’s behavior. The coach’s arrival in April of this year saw the team qualify first in Group 7 in the first round of Serie D.

In the playoffs, Pouso maintained an invincibility against Manduzo. In this D Series, he didn’t lose playing at home.

Paulo Roberto highlighted that the change of mood within the team was fundamental. For him, the athletes’ concentration and dedication was also important.

“When you assume a club like So Bento came in previous competitions, or Pouso Alegre, with almost relegation in the State, practically escaping relegation in the last round, there is a very negative expectation from the vast majority. As soon as it is possible to make sure that this story does not repeat itself, to change the club’s mood.”, said Paulo.

“In both conquests, we changed the club’s mood in a short time. I think that’s when things happened, especially here at Pouso Alegre. The total merit of the athletes who were aware of embracing a new philosophy of work, on and off the field, which until then had not been performed inside the club.”

“We know it’s going to be a very difficult game, but we don’t have to be in a hurry to want to decide everything anyway, even if it’s a home game. teams that manage to be objective, even in the away game”, said Paulo Roberto.

“We know that the group will be a little more relaxed, which doesn’t mean lack of concentration, lack of attention or lack of intensity. All this we have to continue in the same way as we did until now. Obviously, their emotional side, after to gain access, is already a little more controlled.”, he revealed.