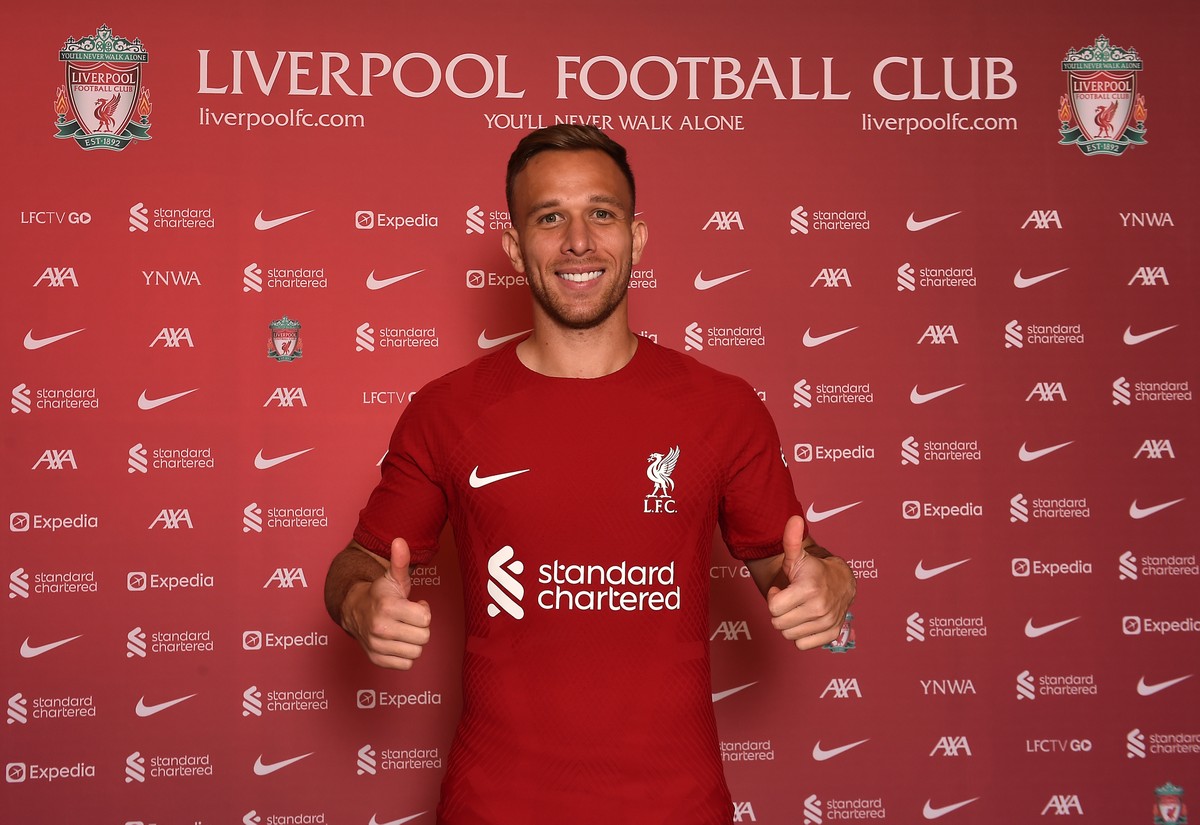 Liverpool confirmed on Thursday the signing of Brazilian Arthur. The 26-year-old midfielder was loaned from Juventus for a season, for a payment of 4.5 million euros (R$ 23 million), with an option to buy 37.5 million (R$ 195 million) paid over two years. In the Reds, the player will wear the number 29 shirt, the same number he used to wear at Grêmio.

Arthur arrived in England this Thursday to undergo tests and finalize the transfer. He turned down Roma’s offer, had talks with Valencia, Sporting and Lyon, but none of the clubs were able to afford the player’s salary.

– I am very happy to be here wearing this great shirt with this famous badge that represents a lot in the world of football. It is a dream. We talked a lot and our ideas and visions came together, so I’m sure it was the right choice.”

With no space at Juventus, Arthur will fight for more minutes at Liverpool. With an injury crisis in the squad, coach Jürgen Klopp asked for the signing of another midfielder at the end of the window.

The midfielder has a contract with Juve until June 2025. He arrived at the club in August 2020 and suffered from some physical problems in an attempt to establish himself. Since going to Italy, Arthur has played only twice for the Brazilian team, against Uruguay, on November 17, 2020, and against Bolivia, in March of this year.