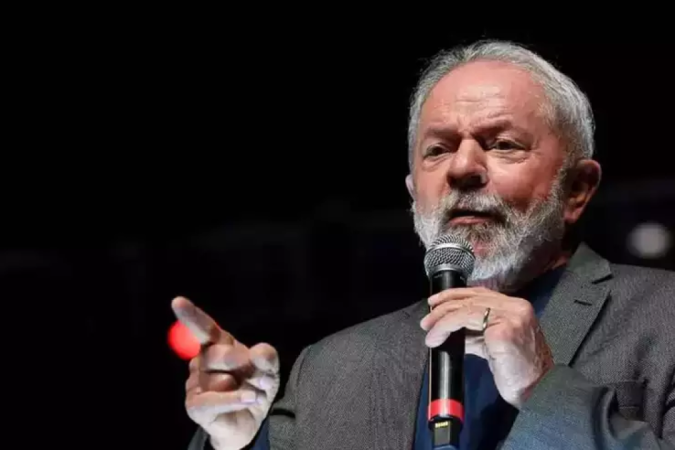 In gradual steps towards the religious vote, one of the pillars of the campaign of the president and candidate for reelection Jair Bolsonaro (PL), the PT candidate for the Planalto Palace, Luiz Inácio Lula da Silva, received on Wednesday night, 31 , in Manaus, a group of Adventists who prayed for his health and electoral victory.

The meeting was recorded by Lula’s personal photographer, Ricardo Stuckert, and the photo was exclusively provided to Estadão/Broadcast. It shows the religious laying hands on the candidate, in prayer, and him with his head bowed and his eyes closed.

The reserved agenda took place early Wednesday night in a hotel in the capital of Amazonas, between Lula’s activity with indigenous peoples and leaders in the environmental sector, and the rally with political allies, which was delayed and lasted until 10 pm. , by local time.

The PT campaign tries to contain the smear campaign against him carried out by bolsonaristas on the evangelical electorate. At first resistant to embarking on the “holy war”, the PT decided to react, although the more incisive character on the subject, for the time being, should be restricted to social networks for the election time to focus on the economic area. “Attack in the underworld is answered in the underworld,” a source in the campaign’s communications area told the report.

A video is already circulating among PT members to contest Bolsonaro’s narrative and remember that Lula was the one who sanctioned the Religious Freedom Law, in 2003, and the Law of the National March for Jesus, in 2009. “Lula ruled for eight years and it was the time of greater freedom for the churches”, says the piece, shared on social networks by the candidate’s wife, sociologist Janja.

On the second day of his tour of the North, this Thursday, the 1st, Lula once again called Bolsonaro a genocide during a campaign speech in Belém (Pará). The statement was made on the same day that Minister Cármen Lúcia, of the Superior Electoral Court (TSE), rejected a request by the PL to take down videos in which Lula uses this expression against Bolsonaro.

In Thursday’s speech, Lula was criticizing the president for his attacks on Cuba, Paraguay, Venezuela and Nicaragua. “The Americans will respect us because in our government the mutt complex will be abolished”, said the former president, in a new sign of what his government’s foreign policy would be like if he were elected again to the Planalto Palace.

In the economic area, still without presenting what would be the fiscal anchor in a possible new PT government, Lula reinforced criticism of the spending ceiling. “I don’t accept the idea of ​​creating a spending ceiling. Spending ceiling is the moral commitment that we have with this country. We cannot spend more than we earn, but we need to know what is spent and what is an investment to not stay, everything is spent”, continued the candidate.

Reiterating the promise of a better government than his previous ones, the candidate also stated that, if elected, he will find “better people” than former ministers Gilberto Gil and Juca Ferreira to command the Ministry of Culture. The recreation of the portfolio is a commitment of the PT in these elections.

In the speech, after two and a half hours of speeches by artists and allies, Lula acknowledged that he needs to save his voice, which has become hoarse and demands greater spacing in political agendas. “I’ll be short because every time I get up, Janja says: Save your voice, save your voice. I need to stop talking for a month to get my voice back”, declared the candidate.

Luz also criticized the alleged lack of regional content on television in Brazil, which, according to him, would only retransmit content from headquarters installed in São Paulo and Rio de Janeiro. On the other hand, he said he cannot resolve the issue, as it is a matter for Congress.

“There’s one thing I can’t say I’m going to do, because it won’t depend on the President of the Republic, it depends on Congress. It’s that it’s no longer possible, in the 21st century, for us to have television stations retransmitting from the headquarters that are normally in São Paulo or Rio de Janeiro, which do not have state programming”, evaluated the former president.

“Why don’t the big television chains show artists from Pará, from Pernambuco?”, continued the PT, in a meeting with leaders of the culture sector in Belém. “It is not acceptable not to have a policy of nationalization of culture.”

Previous The Millennium Bug: How the Metaverse Became a Huge Unknown
Next People’s Conference, Backed by PUMA, Puts Gen-Z Voices Front and Center