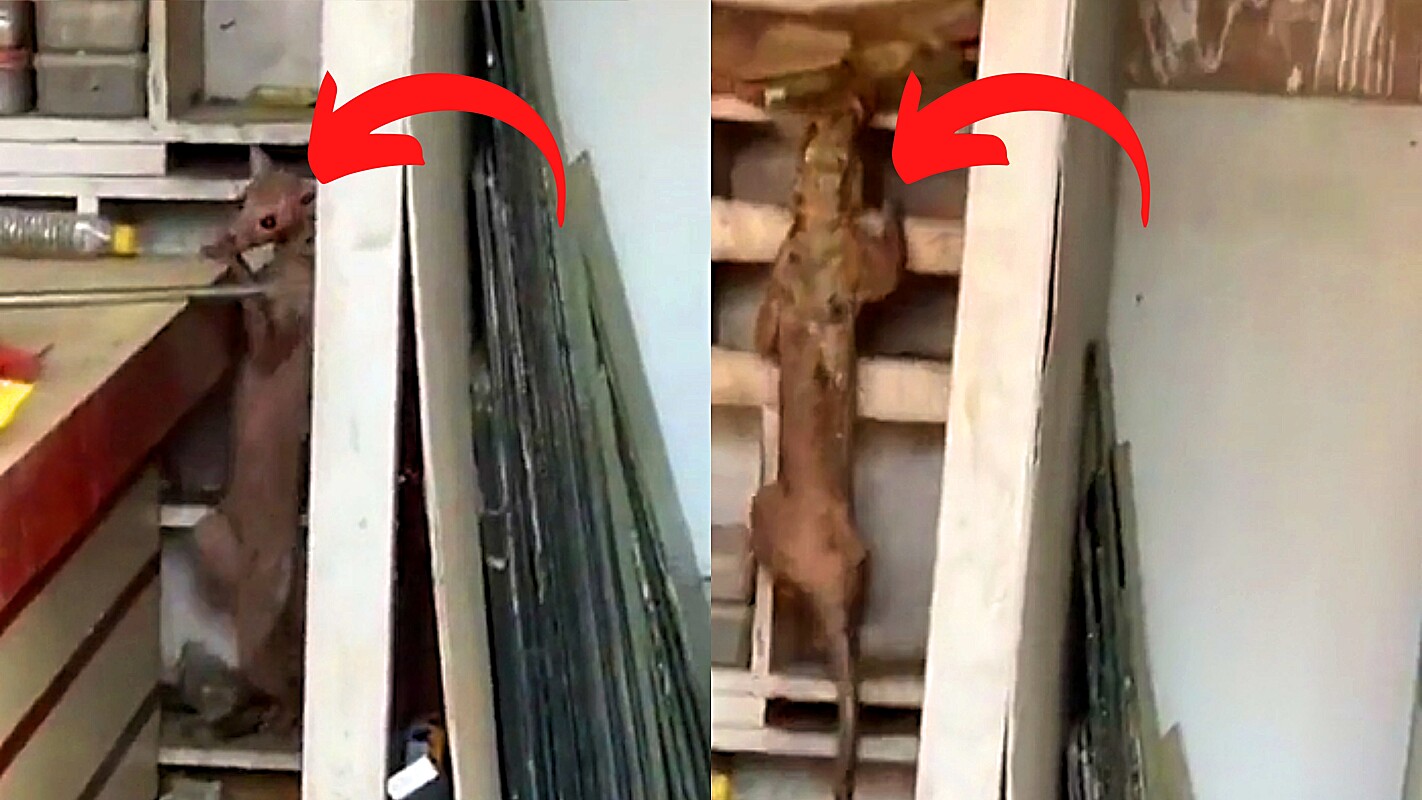 Strange creature filmed in hardware store and crowd gathers to see it; video

A video showing a strange animal invading a store located in the Muzaffarpur district of Bihar, India, has been circulating on the internet since last week.

Journalist Siraj Noorani shared in his twitter profile on the 25th of August, leaving followers curious about this species.

The hairless, skeletal-bodied creature was seen climbing up some shelves inside a hardware store. According to reports, the animal appeared in the region late in the evening of August 24, resurfacing on August 25.

The journalist posted the video with the following caption: “A strange animal was seen in the Muzaffarpur district of #Bihar. A large crowd gathered to see this animal.”

The clip went viral and some users joked that the animal looked like a “demodog” (from the fictional series Stranger Things). Others said it looked like a large civet.

The hypothesis could be right, as the nocturnal animal is native to the Muzaffarpur area. However, they are usually covered in fur. As for the animal in the video, no.

Another stated saying, “It’s not a strange animal. It’s a wild cat whose illness caused hair loss. It is also seen in the video that he is suffering from a skin condition.”

A third suggested it could be a genet, elaborating: “Only this one is infected with hair loss as seen in stray dogs,” one user wrote.

According to media reports, the local forestry department was informed about the animal and subsequently went to capture it, in addition to trying to identify it.

10 PASSIONATE stories of seniors and their pets

Previous Xbox Game Pass: Microsoft reveals details of the Family and Friends plan
Next Rock in Rio starts this Friday; know where to watch