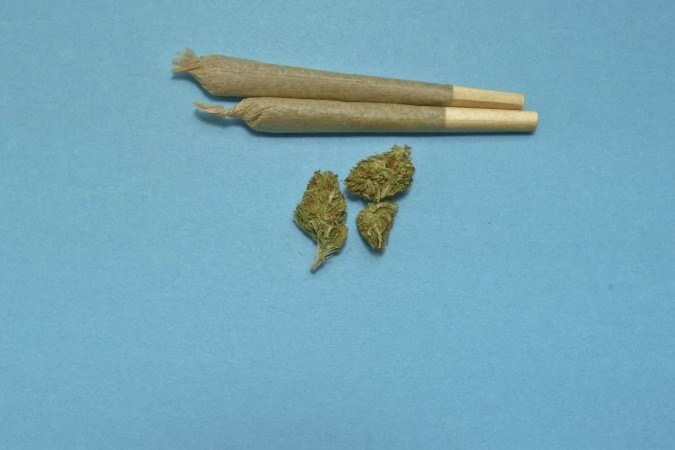 
The data used for these reports is based on a survey in which Gallup asked drug-related questions of 1,013 adults from July 5th to July 26th – (credit: Pixabay)

A study presented on August 26 by the magazine Gallup points out that Americans are smoking more marijuana than tobacco cigarettes for the first time in history.

More people now openly admit to smoking marijuana or consuming cannabis-infused edibles than say they smoked cigarettes (compared to the previous week). The research further adds that cannabis use is likely to continue to increase in the years to come.

This is despite the fact that marijuana possession remains prohibited by the United States federal government and is punishable by imprisonment in some states, while tobacco remains legal throughout the country.

Trends in cannabis and tobacco use have been moving in this direction over the past few decades as public health campaigns and other government prevention measures target cigarettes, while more states have begun legalizing marijuana for medical or recreational use.

According to data from a survey conducted in July, a record 16% of Americans say they currently smoke cannabis, while only 11% reported having smoked a cigarette in the previous week, such as CNN pointed out in a recent review.

In addition Gallup also asked for the first time this year whether people consume cannabis edibles, with 14% saying yes. In 2013, the first time the Gallup asked about current marijuana use, only 7% said they actively smoked marijuana. Around the same time, cigarette use in the previous week was around 20%, still down from a high of 45% in the mid-1950s.

Alcohol remains the most used recreational substance in the US, the data show, despite widespread recognition that alcohol has harmful effects. 45% of respondents said they had drunk alcohol in the previous week, while 67% said they drink alcohol occasionally.

More than twice as many Americans think marijuana has a positive impact on consumers and society at large than they say the same about alcohol, according to survey data. Gallup released this month.

This is broadly consistent with the results of another survey released in March that found that more Americans think it would be good for people to switch to cannabis and drink less alcohol compared to those who think switching to cannabis would be bad.

“In short, American adults are significantly more likely to use alcohol than marijuana or cigarettes. And while alcohol consumption has remained relatively constant over the decades, cigarette use is now less than a quarter of what it was in the 1950s. Gallup in a new analysis. “Americans’ regular use of marijuana is modestly higher than that of cigarettes right now, but the trend over the past few decades in marijuana use is upwards.”

Frank Newport, senior scientist at Gallupsaid that the “future of marijuana use is, I would say, somewhat up in the air, but the likelihood is that its use will increase rather than decrease.”

This is based on observable trends in use, the spread of the legalization movement in US states, growing public support for ending prohibition, and the fact that people generally perceive cannabis to be less harmful.

“Americans recognize the harmful effects of cigarette smoking, and smoking has significantly declined over the past half century and can be expected to continue on that trajectory,” Newport said.

“Americans are more ambivalent about the effects of smoking marijuana, and its future use by Americans will depend in part on changes in recognition of its potential harm and in part on ongoing changes in its legality in the states of the union.”

Another indicator that the trend is likely to continue in current directions is the fact that young people are significantly more likely to say they use marijuana than tobacco. 30% of people under the age of 35 said they smoke marijuana, while only 8% of the same age group reported having smoked cigarettes in the previous week.

The data used for these reports is based on a survey in which the Gallup asked drug-related questions to 1,013 adults from July 5 to 26. The margin of error was plus or minus four percentage points.

Previous TSMC takes over production of SoCs from Qualcomm and MediaTek, which ended partnership with Samsung
Next Tales of the Walking Dead debuts first trailer with star-studded cast