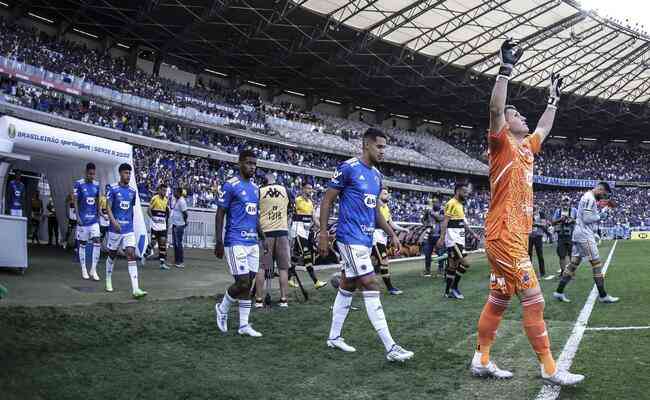 Despite the draw, Cruzeiro has a highlight in the 28th round team of Série B

Even with the 1-1 draw against Criciúma, this Sunday (4th), at Mineirão, in Belo Horizonte, Cruzeiro had a highlight in the selection of the 28th round of Series B. Even with a failure in the Santa Catarina goal, defender Lucas Oliveira was among the chosen. Voting was done in a popular way, on the tournament’s official profile on twitter.

In the 40th minute of the first half, Oliveira had a moment of indecision with fellow defender Eduardo Brock inside the celestial area. The failure created an opportunity for forward Hygor, who stole the ball and scored for Criciúma.

Even with the mistake, Oliveira kept the average of great performances in Serie B and had a good performance. With one tackle, two cuts, two interceptions and two decisive passes, the defender received a 7.3 in the SofaScore – behind only midfielder Filipe Machado and striker Bruno Rodrigues.

In the 29th round, Cruzeiro will face Operário. The match will be held this Thursday (8), at 9:30 pm, at Mineirão, in Belo Horizonte. The teams live in different situations in the table: while the miners lead the championship, with 59 points, the people of Paraná are in the Z4, in 17th, with 28 points.

At the end of the afternoon of this Thursday (26), Real Madrid takes on the …