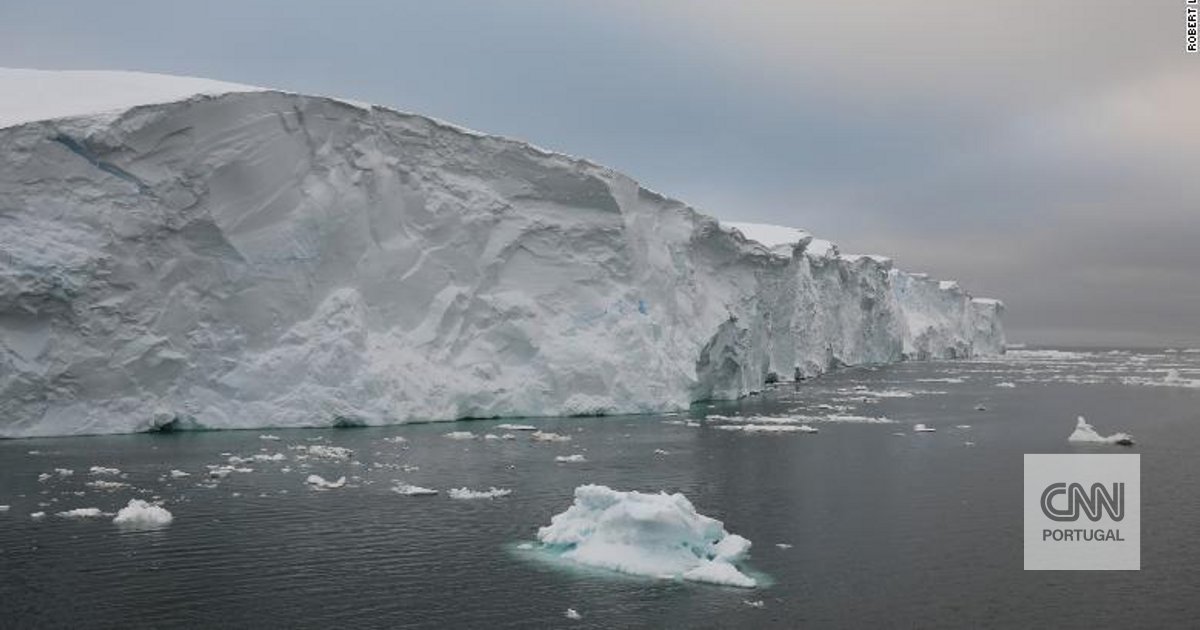 ‘Doomsday’ glacier, which could cause sea levels to rise dramatically, is hanging by a thread, scientists say

In Antarctica, the so-called Doomsday glacier (or “doomsday” glacier) – which got its name because of the high risk of collapse and threat at sea level – could rapidly retreat in the next few years, scientists say, increasing temperatures. concerns about the radical rise in sea levels that would accompany the glacier’s potential disappearance.

The Thwaites Glacier, capable of raising sea levels by a few meters, is eroding along its submerged base as the planet warms. In a study published Monday in the journal Nature Geoscience, scientists mapped the glacier’s historic retreat, hoping to learn from the past what the glacier will do in the future.

They found that, at some point in the last two centuries, the base of the glacier broke away from the seafloor and retreated at a rate of 2.1 kilometers per year. That’s double the rate observed by scientists over the past decade.

It is possible that this rapid disintegration occurred “until the middle of the century. XX,” Alastair Graham, lead author of the study and a marine geophysicist at the University of South Florida, said in a press release.

This suggests that Thwaites has the ability to undergo a rapid retreat in the near future, after retreating beyond a ridge on the seafloor that helps keep it under control.

“The Thwaites is really hanging by a thread and we should expect big changes, over short spans of time in the future – even from one year to the next – when the glacier retreats behind a shallow ridge on the seafloor,” he said in the report. statement Robert Larter, a marine geophysicist and one of the co-authors of the British Antarctic Survey study.

US Antarctic Program research vessel Nathaniel B. Palmer working alongside the Thwaites eastern ice shelf in 2019.

The Thwaites Glacier, located in West Antarctica, is one of the widest on Earth and is larger than the state of Florida. But it’s only a fraction of the West Antarctic ice sheet, which contains enough ice to raise sea levels by up to 5 meters, according to NASA.

As the climate crisis accelerates, this region has been closely watched because of rapid melting and the capacity for widespread coastal destruction.

The Thwaites Glacier itself has worried scientists for decades. As early as 1973, researchers wondered if he was at high risk of collapse. Nearly a decade later, they found that – because the glacier is stuck to the seafloor and not dry land – warm ocean currents can melt the glacier underneath, causing it to lose stability from the bottom.

It was because of this research that scientists began to dub the region around the Thwaites “the weak point of the West Antarctic ice sheet”.

in the century 21st century, researchers have begun to document the Thwaites’ rapid retreat in an alarming series of studies.

In 2001, satellite data showed that the coastline was retreating by about 1 kilometer per year. In 2020, scientists found evidence that warm water was actually flowing at the base of the glacier, melting it from below.

Then, in 2021, a study showed that the Thwaites Ice Shelf, which helps to stabilize the glacier and prevent ice from flowing freely into the ocean, could collapse within five years.

“From the satellite data, we see large fractures spreading across the surface of the ice shelf, essentially weakening the structure. A bit like when we crack the windshield,” Peter Davis, an oceanographer with the British Antarctic Survey, told CNN in 2021. “It slowly spreads across the ice shelf and will eventually fracture into several pieces.”

Monday’s findings, which suggest that Thwaites is capable of retreating at a much faster rate than recently thought, were documented in a 20-hour mission in extreme conditions that mapped an underwater area the size of Houston, according to a press release.

Graham said this survey “was truly a once-in-a-lifetime mission,” but that the team hopes to return soon to sample the seafloor to determine when the previous rapid retreats occurred. This could help scientists predict future changes to the “doomsday glacier”, which scientists had previously assumed would take time to change – something Graham says this study belies.

“It would only take a small kick to Thwaites for the response to be huge”, said Graham.

Previous Fixed Income Tokens: How Digital Assets Immune to the “Crypto Winter” Work
Next In October