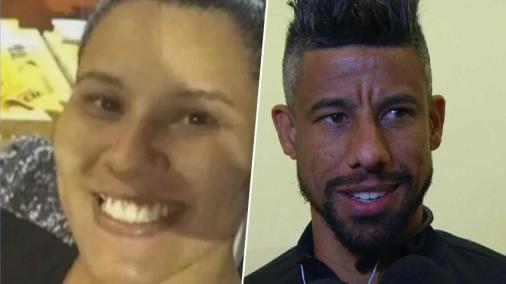 The Justice of Rio determined, this Monday, the arrest of Lívia Silvia Moura, sister of former player Léo Moura, on charges of embezzlement. After the repercussion of the case, the former Flamengo side took to social media and spoke about the matter.

– I just want to make it clear that my sister’s problems are absolutely hers, unfortunately to the sadness of the family. I don’t get involved and I don’t condone it. If you made a mistake, pay for the mistakes and don’t make them again – wrote Léo Moura, before amending:

– I have my family and a name that I care for many years. We are sad about what happened because we are human. But we are and will always be on the right side – completed the former side, who also had spells at Botafogo, Vasco, Fluminense, Palmeiras, São Paulo and Grêmio.

+ Mauro Cezar compares the audience at Rock In Rio with fans in the stadiums: ‘Coxinhização’

Lívia Moura is accused by the Public Ministry of Rio de Janeiro of applying scams to sell tickets to Rock In Rio. According to Civil Police investigations, the total damage caused by the former player’s sister is around R$ 500 thousand.

Previous Real Madrid will have three changes against Celtic; see the likely lineup
Next What is Henry Cavill’s next Superman movie at DC?