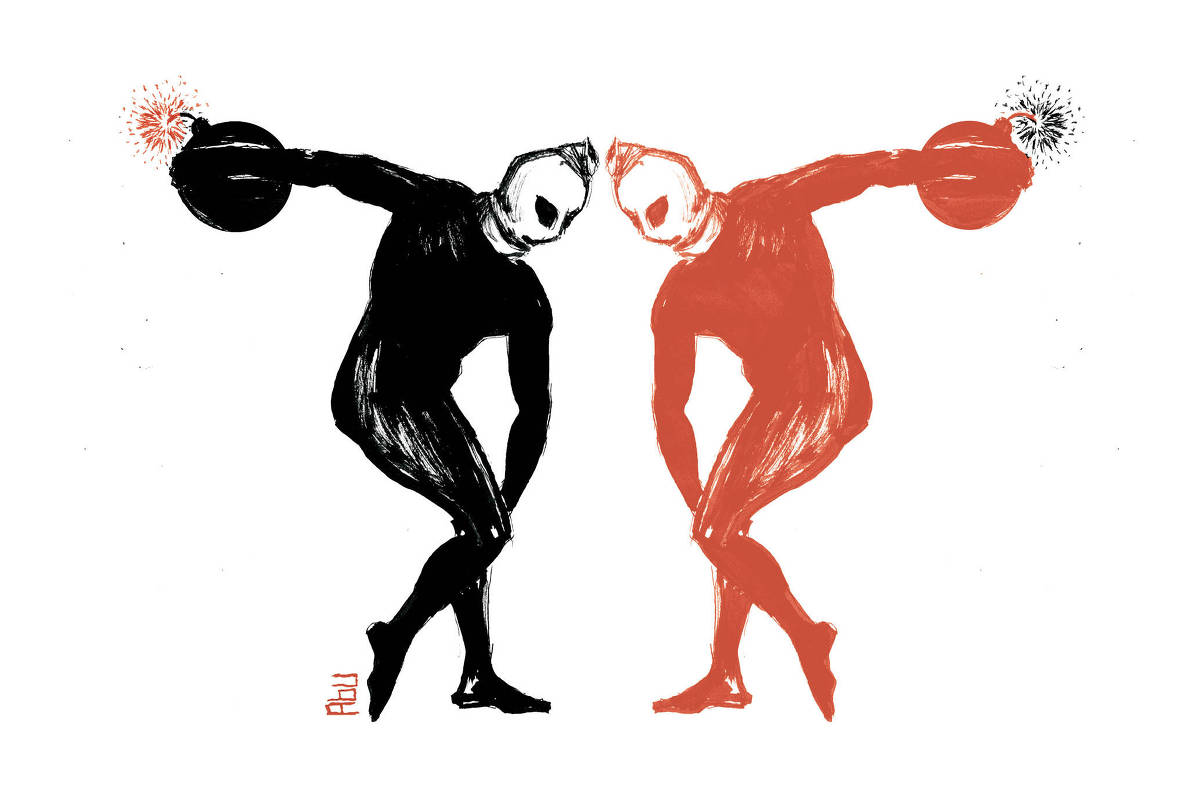 Counting nobody believes: I learned that Germany reached a final agreement with the families of the victims of the Munich massacre, in 1972. This means that it took half a century for Germany to close the account for the tragedy of that 5th of September.

Better late than never, as the saying goes, but there are cases when so much delay stinks. The amount of compensation is
€28 million.

Experts on the matter told the Wall Street Journal that the initial proposal was €5.4 million — in line with the usual amount that Berlin pays to victims of terrorism in the country. Sighs. Is it necessary to draw a picture to explain that 11 Israelis murdered in Germany represent a particular (and priceless) historical case? And that the €5 million that were paid immediately after the attacks were clearly insufficient?

To understand the scale of the disaster, I recommend a documentary: “One Day in September”, by Kevin Macdonald. To review it today in the light of indemnity is highly disturbing.

Preliminary point: Germany hosted the Olympic Games twice in the 20th century. The first meeting needs no introduction: it was in 1936, in the middle of the Third Reich, and Hitler’s objective was to consecrate the regime in the eyes of the world.

The International Olympic Committee, which has never distinguished itself for a particular love of democracy and freedom, believed in the farce. Three years later, Europe was at war.

In 1972, 27 years had passed since that war. But memories of barbarism, and especially anti-Semitic barbarism, were fresh in everyone’s minds. The Munich Games were an opportunity to show the new democratic Germany rising from the ashes.

To achieve this, the country mobilized 2,000 unarmed police officers for the event. I repeat: unarmed. The atmosphere was festive — and when the Palestinian terrorists approached the Olympic Village, they even had an unexpected encounter with American athletes who were clandestinely returning to their rooms after a night of partying. The Palestinians helped the Americans over the fence and they returned the kindness.

The documentary tells the story through the mouth of the only terrorist still alive at the time of the film, in 1999, Jamal Al-Gashey, who assures that the intentions were peaceful: the Black September group only intended to free more than 200 of their comrades in arms, then in the prisons of Israel.

What follows is not peaceful: two athletes are killed when they try to resist the criminals. Nine Israelis are sequestered in their rooms. It is then that the most painful spectacle of incompetence and perversity begins.

For starters, the International Olympic Committee refused to cancel the games. The organization’s president at the time was Avery Brundage—by the way, someone who had been at the Berlin Games in 1936 as chairman of the American Olympic committee.

About Brundage, I remember reading somewhere that in 1936 the gentleman “understood” Hitler’s anti-Semitism. “In my club in Chicago we also don’t let Jews in,” Brundage is quoted as saying.

Afterwards, the German police were unable to mount a rescue operation with feet and head. Worse: when he tried, the terrorists followed all the movements of the police on TV. There were cameras that filmed the “secret” operation live.

And when a helicopter finally took the terrorists and hostages to an airport in the city — a plane was supposed to transport them to an Arab capital — the police hiding at the scene returned to
sink into the most grotesque amateurism. There are police officers who desert—those who were inside the plane, disguised as a crew. Others shoot at colleagues.

In the midst of the chaos, the terrorists execute the hostages and blow up with the helicopters. All Israelis and almost all terrorists die.

I say “almost” because the three criminals arrested that night would eventually be released months later when a Lufthansa plane was hijacked. Most likely, the hijacking of the plane and the subsequent release of the terrorists was a concerted action between the Willy Brandt government and the Black September organization. In exchange for peace, the German state agreed to the blackmail of terror.

Talking about the Olympic Games in Munich is not just remembering another attack in the history of terrorism. It is recalling how, 27 years after Auschwitz, Germany was unable to prevent the shedding of Jewish blood on its territory.

Knowing that the compensation chapter has only just been closed, half a century later, is a relief — and a shame.